Barack Obama was once kicked out of Disneyland!

Obama, 57, was campaigning in Anaheim, California, on Saturday for seven Democratic congressional candidates when he revealed the story. 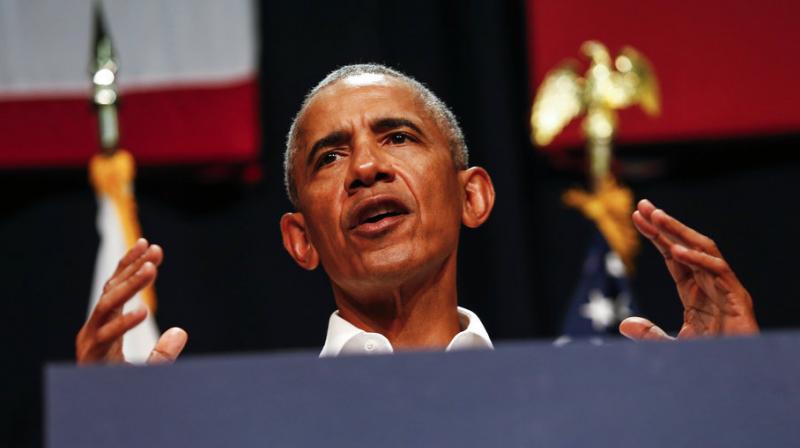 Obama said that the incident happened when he visited Disneyland for the second time. (Photo: AP)

Washington DC: Turns out, the former US President Barack Obama was once kicked out of Disneyland for smoking while aboard an amusement ride.

The 44th US President recalled this significant episode while addressing a rally in California on Saturday, reported E! Online.

Obama, 57, was campaigning in Anaheim, California, on Saturday for seven Democratic congressional candidates.

During the rally, he shared a funny story about his past with the nearby theme park: the future commander in chief was kicked out of Disneyland for smoking on a ride in college.

Obama said that the incident happened when he visited Disneyland for the second time. Obama was a student at Occidental College when he returned to the area to attend a Kool & the Gang concert and started smoking while taking a 'Gondola ride' at the amusement park.

He was only escorted out of the amusement park and not banned from it.

Obama is back on the campaign trail before the midterm elections. On Friday, at the University of Illinois, Obama called President Donald Trump “a symptom, not the cause” of the current political climate.