Two Jewish Marathi magazines are connecting the community from Mumbai to Ashdod in Israel. 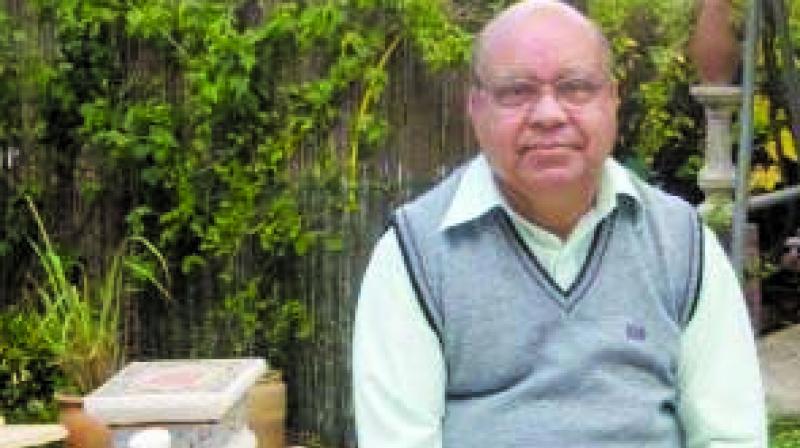 With sounding of the shofar — the sacred instrument made out of ram horns — the Jewish community around the world welcomed the 5779th Jewish New Year (Rosh Hashanah) amid feasting and prayers. Jews across the city gathered in synagogues to pay obeisance and reflect on the year gone by. But along with their unwavering faith in Judaism and their devoutness to Jewish customs, the Bene Israeli Jews in Mumbai are fiercely proud of their Maharashtrian roots. Out of the 4,000 odd Jews residing in Mumbai — including the Baghdadi and Cochin Jews, the Bene Israeli Jews form a large part of this diaspora. The community that arrived in India around 2200 years ago along the Konkan coast have permanently settled in various parts of the state ever since. The Bene Israelis have merged into the fabric of Maharshtra so much so that they have adopted Marathi as their native tongue, assumed Indian names similar to their biblical names, and have also attached the suffix ‘kar’ to their surnames, indicating the village they belong to such as Penkar, Nawgaonkar, Chaulkar.

In 1986, four women from the Eves Association — women's organisation of the community in Thane established a magazine called ‘Shayli’ meaning treasure, in order to retain the identities and cultural history of the Bene Israelis. “The late Rachael Abraham Gadkar was the first editor-in-chief of the erstwhile triannual magazine, which was renamed 'Aamchi Shayli' in 2017. It is now a bi-yearly magazine,” says Sheba Penkar, the present editor of Aamchi Shayli. 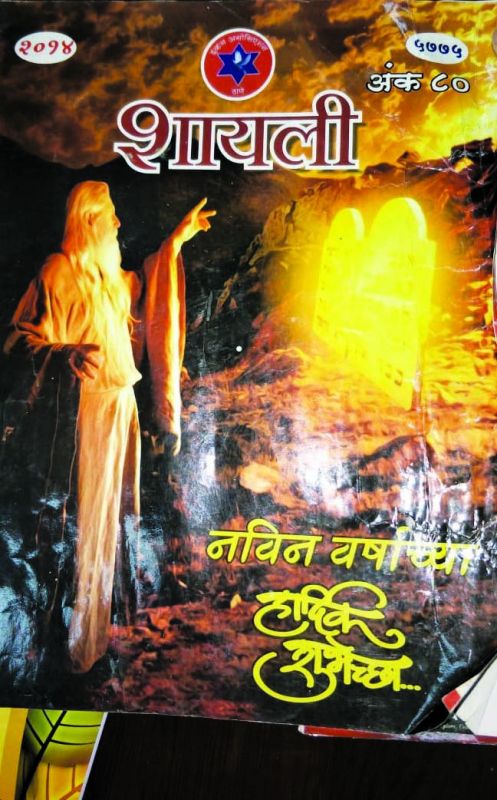 The magazine prized at Rs 40 per copy enjoys a 600-readership base in Israel, Canada, Australia, USA and India. It is published, once during the period of the Jewish New Year and once at the start of the Gregorian calendar year in February or March. “The intention was to find a binding thread for the Marathi speaking Bene Israeli Jews that are spread across the world and those that have a deeply attachment to Marathi” says Sheba. 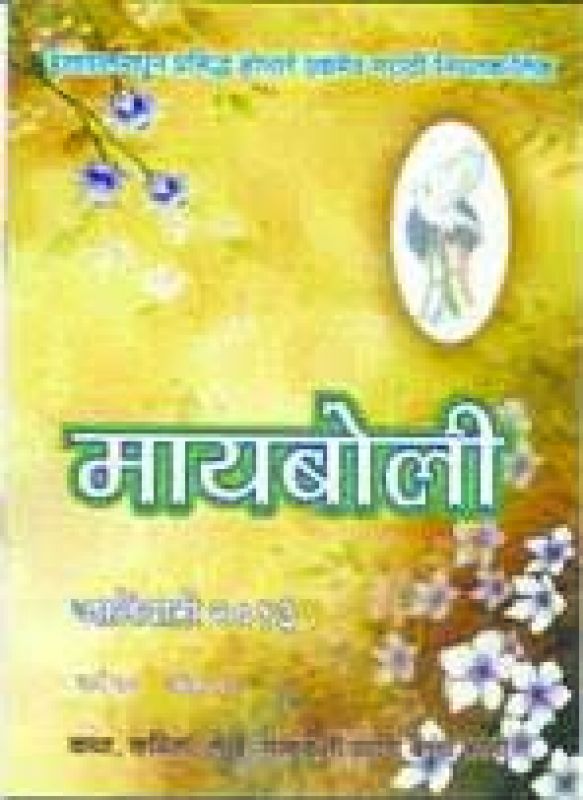 But Aamchi Shayli isn't the only publication to harbour this unique confluence of Marathi and Judaism. Another magazine called Mai Boli (Mother tongue) published in Israel, is widely circulated among the Bene Israeli community of the world. The 72-year old Noah Massil, an electrician from Mumbai, currently heads this quarterly magazine. Massil who lives in Israel with his wife Sybia and his  children, left India in 1970 — a few years after Israel won the six-day Arab-Israeli war in 1967. Those years saw a mass migration of Bene Israeli groups from India who now account for the largest number of Indian immigrants in Israel. Upon their arrival, they were compulsorily taught Hebrew for their daily use. The Marathi speakers, who found it increasingly difficult to assimilate initially, felt a need to revive and communicate in their mother tongue. Mai Boli was thus established in 1985 with late Flory Samuel as the chief of its editorial board. 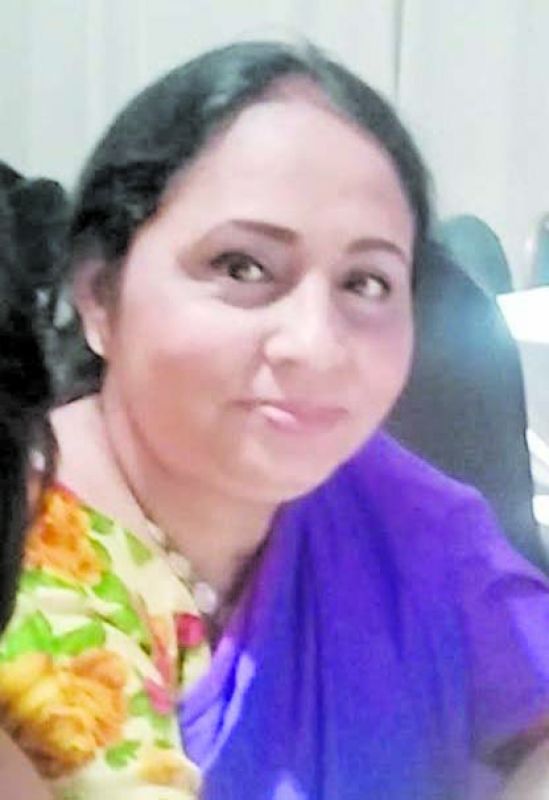 At the core, these two magazines were moving in the same direction — they wanted to preserve their language and traditions and tie the scattered Bene Israeli community together. “We publish first person stories, poems, recepies, and any information that might be of use to the community. Since most of our friends and relatives have emigrated, we want the future generations to know about the Jewish culture in India and our history,” shares Eliza Daniel, co-treasurer of the Eves Association. The committee meets once every Monday to make editorial decisions and compile stories for the magazine.

Similarly, Noah Massil's Mai Boli also publishes seasonal stories and poems about India and Israel. But it was no easy task to put the magazine together in the absence of Marathi fonts in Israel back in 1985. Hence Noah and a few prominent Jews from India — Flora Samuel, ex-principal of Sir Eli Kadoorie school in Bombay; late Levi Elijah, editor Shalom; late Ephraim N.S, editor Yad; and late David Kumar Kandlekar, editor Parijat (Marathi editions) and other members of the community with good handwriting were compelled to write and decorate the pages for printing. “It was hard work, people sat for days to complete the hand written magazine,” shares Noah.

For the following few years, the material was sent to Ralphy Jhirad, ex director of O.R.T. (Obshestvo Remeslenofo) Bombay — the largest Jewish non-governmental education and training organization in the world — to be typed on computers informs Noah, quickly adding,  “For which we are very grateful.” 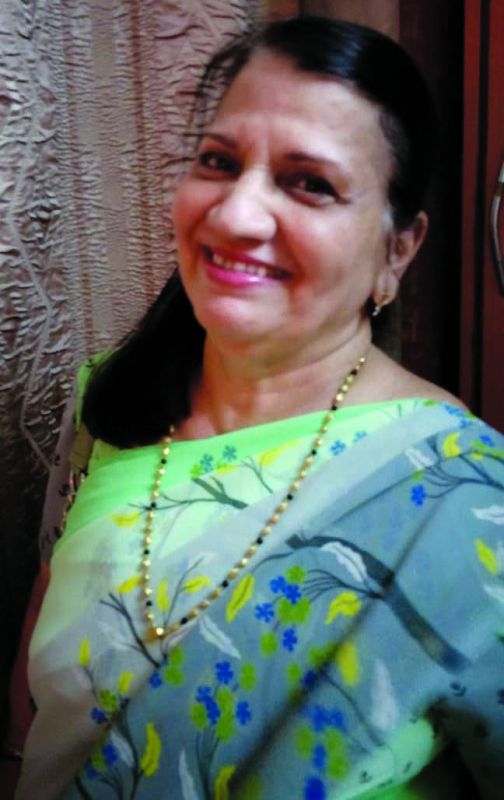 The not-for profit Mai Boli has more than 500 subscribers in Israel. and also has members in Europe and U.S.A, who send articles and reports of their activities to be published, this being the only Marathi quarterly, regularly published in Europe and the Middle East as well .

Both these magazines act as the fortress of a shared culture and community between India and Israel, their home and homeland. As the numbers keep dwindling, these magazines find resonance among the old members of the community who are left with the job of preserving Marathi and their Indian histories, while the young slowly lose touch with the language and get busy assimilating in countries around the world. The connection with the India is almost sentient in a poem written by Noah Massil, many years ago for his quarterly magazine, that explains the very purpose of his publication in Israel, “I want to be happy/ but my heart is not happy/ why? / Because I remember you India/ Here nothing is missing/ but I always remember you India.”