Find out where it was discovered. 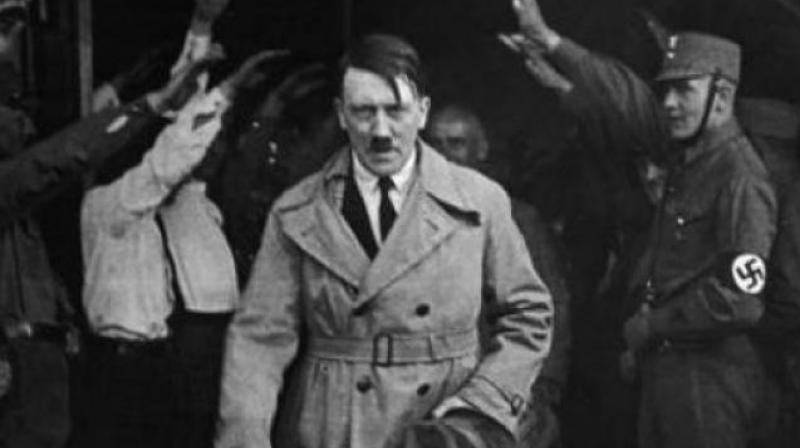 New York: A monogrammed pair of boxer shorts that belonged to German dictator Adolf Hitler are estimated to fetch up to  $5,000 at an auction in the US.

The white striped linen under shorts are "surprisingly large", 19 inches long, with a waist of about 39 inches and bear Hitler's monogram: "A.H." just to the right of the top of the fly, according to Alexander Historical Auctions in the US.

The boxers were left behind by him, in the Parkhotel Graz Hotel in Austria, where he stayed in 1938.

A notarised letter by the consignor explains that he is the grandson of the previous owners of the Parkhotel Graz where Hitler stayed April 3-4, 1938 while travelling through
the country, and that these items were left behind in his suite, the auction house said.

A very rare signed copy of Hitler's autobiography "Mein Kampf" will also be up for auction. Other items in the auction include one of Hitler's white monogrammed dress shirt and his globe, which was taken as a souvenir by US soldier from his home in Bavaria, Germany, both estimated to fetch  $7,000 and  $100,000 respectively.

The online auction starts on September 13.