One of the biggest hurdles that a person belonging to the queer community has to face usually is workplace discrimination. 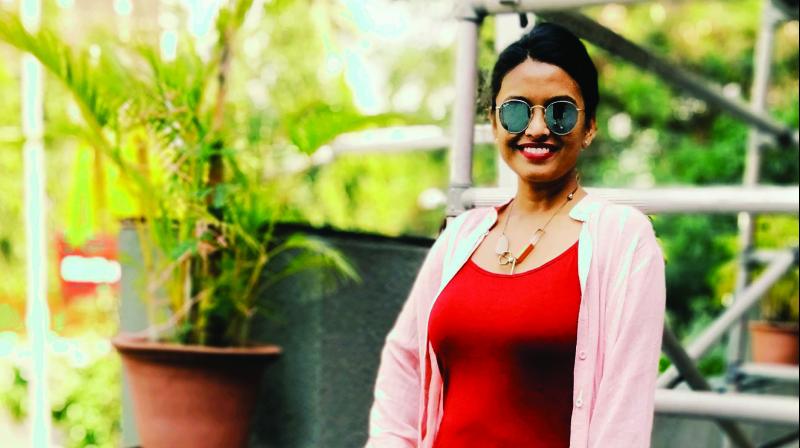 Ratnaprabha Sable’s venture is trying to make a difference to today’s organisational diversity ratios. We speak to her about her journey and inspiration behind the cause.

The landmark repealing of Section 377 of the IPC last September might have made the lives of LGBTQ people easier on pen and paper but their struggle to find inclusion in society remains the same. One of the biggest hurdles that a person belonging to the queer community has to face usually is workplace discrimination. So, when Mumbai resident Ratnaprabha Sable decided to set up her own hiring consultancy last year, workplace inclusivity was one of the main factors on her agenda.

An advocate of equal rights for women, people with disabilities and the LGBTQ community, Ratnaprabha believes that diversity and inclusion are extremely important for a workplace to function well. With more than 10 years of experience in the recruitment business, Ratnaprabha is the founder and managing director of Vividhataa. As the name suggests, Vividhataa (Hindi word for Diversity) is an organisation that believes in empowering diverse workforces. “I am very passionate about equal human rights and believe that inclusion is imperative,” says Ratnaprabha.

Ratnaprabha is an avid traveler and has visited numerous countries like the USA, UK, Thailand, Ireland, Netherlands, Germany, Czech Republic, Hungary and Greece. Meeting diverse nationals in these countries, who believed in different ideologies and yet lived harmoniously, inspired her to push for diversity and inclusivity. "Countries like the United States or the United Kingdom have had diversity hiring for a long time but the concept is relatively new in India,” opines Ratnaprabha. Speaking of the demand for diversity talent hires in India, Ratnaprabha says, “We have been getting a really good response from many recruiting companies, especially large MNCs. But, the first thing I ask these companies is whether their workplaces are ready to be inclusive or not? Are they ready to take on homophobia and bullying and provide the right infrastructure for people with disabilities?”

To help and guide queer people find the right jobs and a good working environment, Ratnaprabha got on board Mr Gay India 2019, Suresh Ramdas, and the world's first openly gay prince and gay rights activist, Prince Manvendra Singh Govil, as advisors. Govil, whom Ratnaprabha met at an awareness programme for hijras, runs the Lakshya Trust, which works with the LGBTQ community and also provides any kind of support to closeted youth who are struggling to find jobs. Ratnaprabha’s company has partnered up to organise multiple job fairs for queer people in Mumbai and Bangalore as a part of their cause.

The number of companies or organisations that are asking for diversity candidates is on the rise nowadays. According to Ratnaprabha, though, this rise in diversity should not be seen as a trend or fad, but as a serious business call. She believes that diversity can only do well to a workplace and contribute to its growth immensely.

Ratnaprabha has also been a panel speaker for multiple diversity, equity and inclusion conventions and summits in the last few years.  A bibliophile by nature, Ratnaprabha also likes to dance when she gets some time out of her busy schedule.

On a concluding note Ratnaprabha adds, “I don't want companies to hire diversity candidates just for the sake of it. I want them to recognise the special abilities that these candidates come with. Most of them are very talented, well educated, sensitive and strong. The companies need to realise this and work on the positives instead of showing any kind of charity. They don't need our sympathy. Only equal opportunities.”