In December 2018, the Supreme Court of India raised concerns over food wastage at big functions. 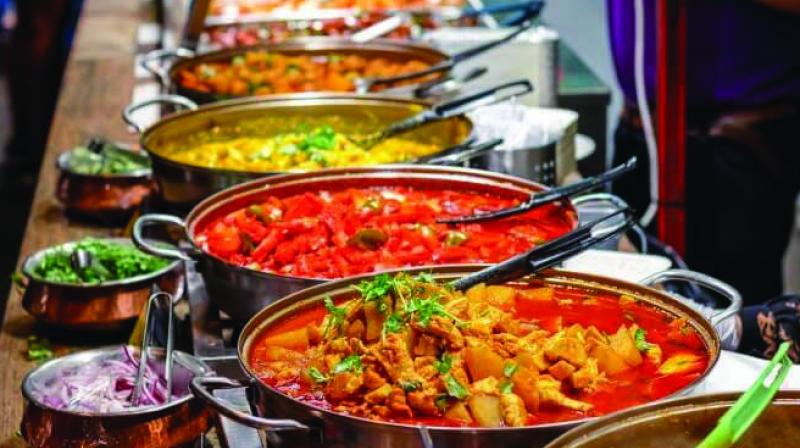 The Delhi Government soon followed suit and drafted the social policy in March this year to put a cap on the food that goes to waste at various events.

Food is, obviously, a necessity, but it barely ever gets a second thought in our busy lives. Hence, food wastage has become a global problem. According to the UN’s Food and Agriculture Organization (FOA), approximately one-third of the food produced for human consumption, which amounts to 1.3 billion tonnes, get wasted every year.

In December 2018, the Supreme Court of India raised concerns over food wastage at big functions. The Delhi Government soon followed suit and drafted the social policy in March this year to put a cap on the food that goes to waste at various events.

“I remember, I was at a family function when I saw people throwing away food that had not even been touched. I was really angered. If one does not want to have a certain item then they should not take it in the first place,” recalls Delhi resident, Aman Sharma.

Conrad, a former corporate general manager across hotels and restaurants in Delhi, says, “Most restaurants serving buffets during lunch and dinner are hugely popular among foodies because there are loads of cuisines to choose from at an affordable price and this is where people tend to overload their plates and then waste because of their ‘paisa wasool’ mentality.” He recalls once coming across an image of a hungry child with tears streaming down her face, looking haplessly as passers-by were scrunching on ice cream cones.

“I got the picture framed and placed it above every table at one of the restaurants I was associated with, with a message —

‘We know you are paying for your meal, please don't waste.’ It worked and wastage came down drastically,” shares Conrad.

India is dealing with a major malnutrition crisis. According to global nutrition reports, the country is ranked way below its neighbouring countries such as China (25th), Nepal (72nd), Sri Lanka (67th) and Bangladesh (86th). Almost 46.6 million children have stunted growth. India ranked 103rd among 119 countries on the Global Hunger Index.

Saurav Das, a student from Delhi, says, “There are many street food outlets in the city. Since the food here is cheap, people often throw it away if they don’t like it. Even the sellers don’t care that the wasted food could have been used to feed people who are not able to afford it.”

Delhi has many weddings, restaurants, events, hostels, and houses that are major sources for food wastage. Luckily, there are a few organisations that are working towards the reduction of food loss by collecting leftovers and distributing it to those in need.

“Some large hotels do take care of wasted food but are apprehensive in giving it to NGOs as there have been several complaints of children suffering from stomach ailments,” informs Conrad. He explains “Exclusive hotels now dump their waste into large compost machines every day and the same is used as manure for all the plants they nurture at their premises.” He also speaks about some hotels abroad that charge customers for wasting food.

Gurugram-based NGO Mera Parivar Food Bank serves 750-plus meals every day to undernourished children. Talking about their process, director Anil Landge elaborates, “We are working in this line for eight years and we get almost two to four calls everyday, alerting us about food wastage incidents in the capital. We collect the food and feed it to children.”

According to Anil, the biggest problem Mera Parivar faces during the process of collecting and distributing food is that in most of the cases the leftovers get mixed with each other. This makes the food inedible for children.

In order to stop food wastage, Chef Ivan Chieragatti, executive chef, Hyatt Regency, Delhi, shares his method. “Perishable items are ordered as per the amount anticipated so that there is a high inventory turnover, leading to less wastage. Non-perishable items like wheat, flour, etc., are ordered prior, as their shelf life is much longer,” says Chieragatti. As a preventive measure, they also have a contract with a government-approved vendor who collects dry waste for its correct disposal. For wet waste, they have installed a biogas plant with the capacity of 500-kilograms a day.