‘My plays are reflective of society’

In a freewheeling chat, playwright and director Ramu Ramanathan talks about his love for unsung heroes and the importance of research and translation. 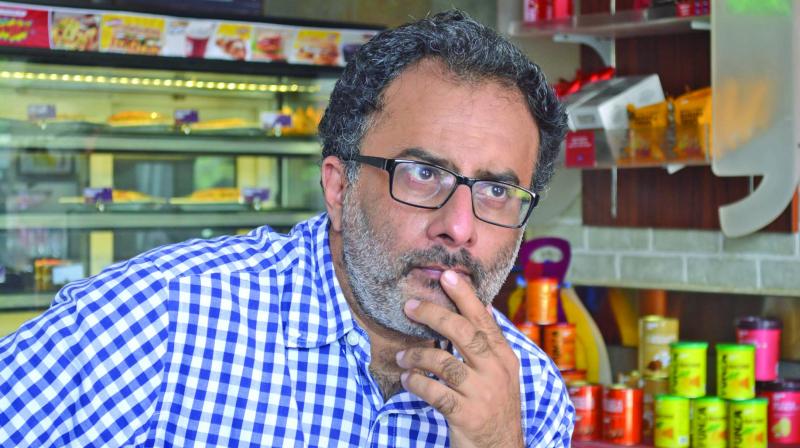 Over the centuries, Indian playwrights have transformed and reinvented the Indian theatre with their words and imaginations. While the script, as a basic tool in a theatrical performance, can interrupt, and redress religious bigotry, class discrimination and misogyny, a very few playwrights have been able to fit the brief. Among them, is playwright and director Ramu Ramanathan.

Regarded as one of the most politically conscious playwrights of the present generation, Ramanathan’s plays have very well reflected the times we live in. His body of work includes plays about forgotten histories, events and people who were never heard despite their significant social, political and cultural contribution.

In 2005, when his play Cotton 56 Polyester 84 was staged for the first time, it brought to light highly politicised problems of the teeming mill areas and the subsequent impact on the mill workers in the city of Mumbai. Later, his plays like Comrade Kumbhakarna shed light on marginalised communities and their unique traditions. His play Mahadevbhai (1892-1942), about the secretary of Mahatma Gandhi, transports us in the times of Satyagraha and struggle for independence. Whereas, Kashmir Kashmir and its characters give a metaphorical representation of Kashmir, which is manacled within barbed wires, and is used as a tool by politicians and militants.

“My every play is a response to the times we inhabit. I have written plays about things that needed attention. Some of them are reflective of society. We have been taught about heroes in the history, but we never get the sense of voices who are second in command and the voices in the shadows that have evaporated,” says Ramanathan, who talks about his 2007 play Bombay Jazz, presented in collaboration with NCPA and Stagesmith Productions. The semi-autobiographical play talks about Goan and Anglo-Indian musicians who introduced jazz influences into Hindi film music between the 1950s and 1970s, and how that influenced Bollywood music. “It represents the story of Mumbai and the migrants who live two lives – one as musicians and the other personal taste in music which is highly evolved. This is a story that came from the obsession of heroes behind the scene. The unheard voices fascinate me to write, and these stories are important to be told,” reveals the writer.

Writing primarily in English, Ramanathan’s body of work includes more than 30 plays, demonstrating diversity. Presenting the unique Indian-ness and yet keeping it intact with a modern sensibility, the writer has been quite open about translations of his plays like Cotton 56 Polyester 84 and Comrade Kumbhakarna. “Translation is a different process, and for a play, it has different techniques. I do it without losing the context and I put efforts to get the right tone,” shares the writer, and explains that the translation for the stage should have a balance among three aspects – the pretext, the subtext, and the offstage reality which is part of the audience reality.

Known for his meticulous research for his subjects, history, and politics are often the foundation of his work, along with his longing for high art and people's culture. “Research is part of the process and it is very personal to me. But ultimately, it is the play that is important to me. Just like a magician provides the ‘aha moment’ to the audience with his tricks, the play on the stage should be magical. If the research reveals itself, then it is not a good play,” elaborates the playwright.

Being one of the few playwrights who present empowered women characters in his plays like Shakespeare and She, Ambu and Rajalakshmi, Ramanathan’s repertoire has paved way for progressive and rigorous writing. While earlier playwrights represented women as a goddess, witch, and prostitute, Ramanathan broke all those stereotypical presentations. “I am fortunate to be surrounded by some strong women who are very articulate. The autonomous women movement in India has been powerful and you can’t separate yourself from it,” confesses the writer.

When asked if he follows the tag of being a politically conscious writer, and if he feels threatened to be suppressed in the time of political and social upheavals, the writer responds in the negative. “I am slightly amused when people say that I am political. Suppressed voices have always found their way to be heard and theatre has always been able to do this. Theatre is a minority art form - and it does not need the infrastructure and resources of the other art forms and theatrewallahs know how to ensure that their voices are reached. You always have authoritarian regime but theatre has always found ways to respond to that,” says the writer. This begs the question if he is writing any play in response to the present political turmoil. “Everyone in the country is responding to what is going on in the country. I am writing a lot, but whether the outcome will turn as a play, I am a little unsure about it,” concludes the writer.