Just at the age of 17, Esha Kode has won multiple beauty pageants. 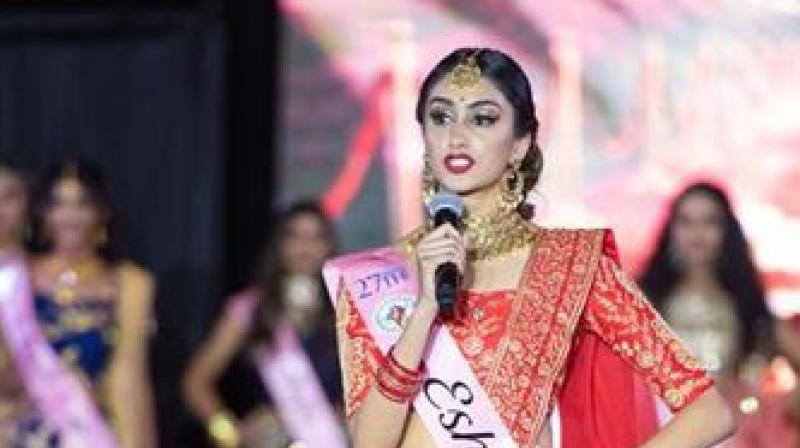 Most of the teens these days spend most of their time partying or scrolling social media. But this 17-year-old Indian-American girl Esha Kode is not like your ordinary teenage girl. She is an extraordinary young girl who has achieved some great things at a very young age.

Just at the age of 17, Esha Kode has won multiple beauty pageants. Like she is the current Miss Teen India USA 2019, and she was also crowned s Miss Teen India NJ in both 2016 and 2018. Her beauty has caught the attention of the social media community, and her pictures are going viral. Other than that, what most people do not know is that Esha is more than just a beautiful face.  She is pursuing a medical profession and aspires to become a  pediatric surgeon in the future. Along with that, she also wants to become a mental health advocate.

Being so focused on her medical education, Esha also hopes to bring better mental health awareness throughout the world. To do so, she has also organised an internationally recognised TEDx show about mental health. She is also working on setting up her own company called Happy2Thrive that will strive to end the mental health stigma.

Esha is so much passion and focused on her dream of becoming a surgeon and mental health advocate. As most of the people would prefer to stick with just their medical profession, Esha's plan is a little different here. Even after becoming a doctor, she wants to continue with her modelling profession. While doing so, she is going to be one of the rare doctors who is also a model.

Even after having an extraordinary life and aim, Esha is also just like your girl next door as she loves to watch Bollywood movies, reading books and dance. She is a super ambitious girl who has achieved quite a lot of things and will be going to reach many more goals in future.