Being conscious about muscle weight is recently gaining popularity among the gym enthusiasts. 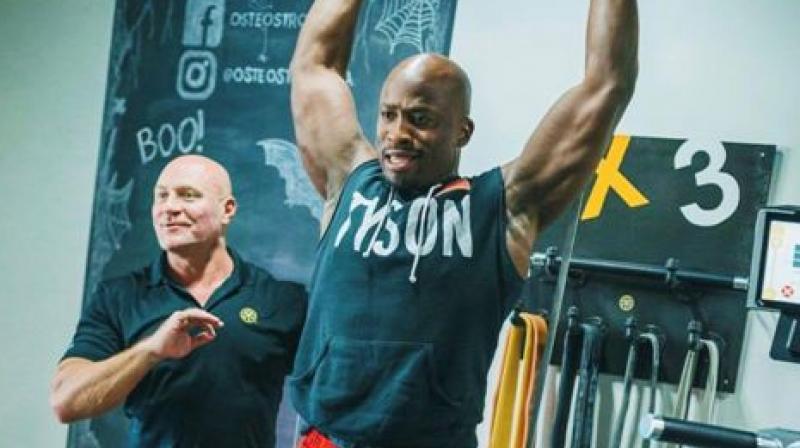 According to Dr John Jaquish, this new wave of transition towards weight training is due to the impact it has on the performance of the body. This has pushed Dr John towards enhancing, not only the gym enthusiasts’ muscle training, but also for some of the most prominent NBA and NFL stars.

The fitness world that usually runs on revised traditional machines, Dr John Jaquish was able to formulate a sleek X3 bar to revamp muscle training. “It is a device that can promote three times faster muscle growth than any other traditional means. To fulfil its purpose, the bar takes muscles into a journey of deeper level of exhaustion that is not possible with regular weight training”, believes the scientist and inventor Dr John who aims to revolutionize the biohacking industry. Many NBA and NFL stars, who are currently at the peak of their fitness, have been spotted using this device.

“What propelled me to give this device to the world were my own results”, explained Dr. John. According to him, after he developed the X3 Bar, he used this device for 2 years. In these years, Dr John Jaquish packed on 45+lbs of muscle, and got stronger and leaner than before without the help of cardio. This made him see the potential in the product which led him to deliver it into the hands of countless people who could use an extra couple of hours per day that is being spent less efficiently in the gym.

This isn’t the first successful invention by Dr John Jaquish. When he was informed about his mother’s battle with Osteoporosis, he invented Osteostrong, which is a bone density device that has reversed osteoporosis of not only his mother but also for thousands of other people globally. With a partner like Tony Robins on-board, Dr John Jaquish aims to achieve success with Osteostrong. When asked if his X3 bar will have the same success, Dr John Jaquish replied, “The device has been picked up by professional athletes, Olympians, professional sports teams in the NBA & NFL as well as thousands of consumers around the world.” Based on his insights, the device has changed the way people think about fitness as it saves people from the countless hours that are being wasted in gyms. With such results, X3 bar is surely taking the fitness industry by storm.