While many praised her appearance, Khan, who is a Muslim, was also targeted by some who were not too happy with her flaunting a bikini. 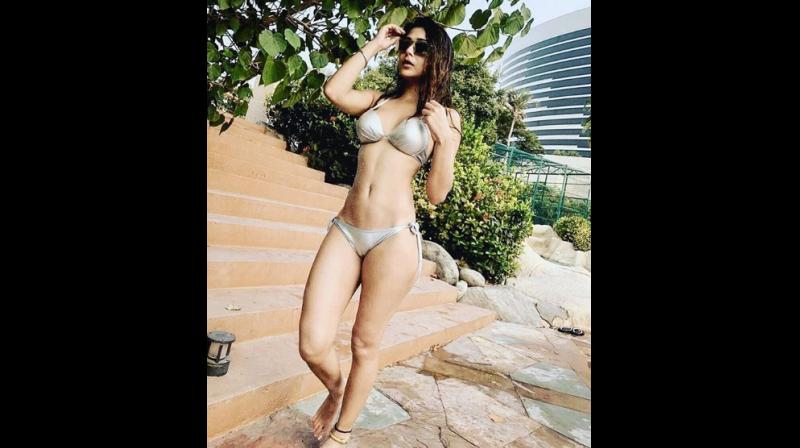 The 29-year-old popular star uploaded snaps of herself taken while on holiday across Goa and Dubai. (Instagram Screengrab/ ssarakhan)

The 29-year-old popular star uploaded snaps of herself taken while on holiday across Goa and Dubai.

While many of her fans praised her appearance, Khan, who is a Muslim, was also targeted by some who were not too happy with her flaunting a bikini.

Many Muslim Instagram users slammed the fact that she posed snaps of herself in a bikini, and told her she should change religion.

One person wrote, “think you forget you are muslim.. You change our relegious...beacause in Islamic relegious... These dress can not allowed.. When you ever go on last Day. So what you answer give.. I can go and post picture in these dress.. Plz i want to request ..leave thia.”

Another added, “U are Muslim fear Allah. She mite as well sell her body for doin this disgustin pics sharam Kar ur Muslim not white girl.”

Another commented, “Change your religion do what ever then shame on u Sara you was my inspiration but now I hate you Allah will give you punishment for this shame on you.”

Khan has previously replied to some of her followers who criticise her over her social media images, saying, “We respect each one of you.”

She has further added, “We respect your thoughts, we respect what you feel but you guys should respect us too. We don't do any wrong purposely.”

A former contestant of Big Boss, she married TV actor Ali Merchant while on the show but they divorced after two months.