Mumbai-based Triveni Acharya has been fighting against sex trafficking for over 26 yrs, and has rescued over 5000 young girls from various brothels. 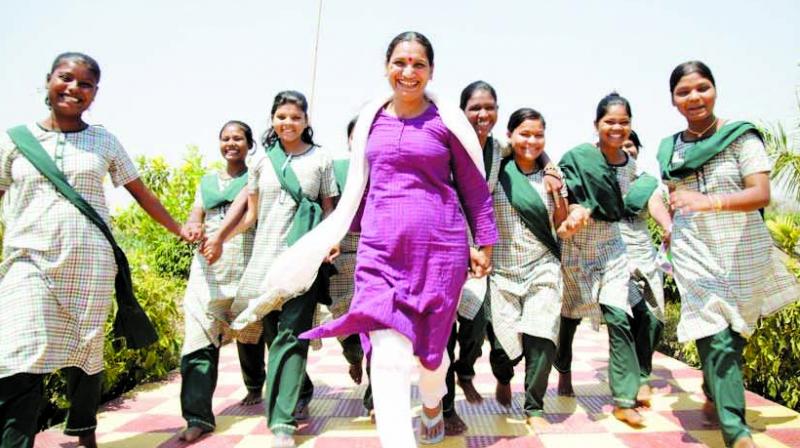 The helpless girls and women are often drawn into the sex trade from across the borders, from places like Nepal and Bangladesh, and also from impoverished states in India.

Although slavery and servitude have long been abolished, they still continue to exist in different forms. More commonly known as human trafficking, young girls and women are still sold as commodities into prostitution. For these young girls, Mumbai’s Triveni Acharya is a ray of hope. At the age of 55, Triveni has rescued more than five thousand young girls and women from different brothels, and has been sheltering them for over 26 years.

“I wasn’t even aware about prostitution and human trafficking. I used to see some girls standing wearing dark lipsticks and some provocative clothing, but I thought they are doing it willingly. It was my husband who educated me about it,” says Triveni, who is the co-founder of Rescue Foundation, founded in 2000 by her husband Balkrishna Acharya.

It was in 1993 when Triveni came across a 14-year-old girl in the city’s Kamathipura red light area, where she went to cover actor Sunil Dutt who was visiting the sex workers to get a rakhi tied by them. Triveni assumed that the girl was a daughter of a sex worker, but much to her surprise, she was the victim of trafficking. “She was brought from Nepal for work, but was sold instead. I was asked to leave that place, but my husband reported the incident to the police and rescued the girl,” she reminisces. 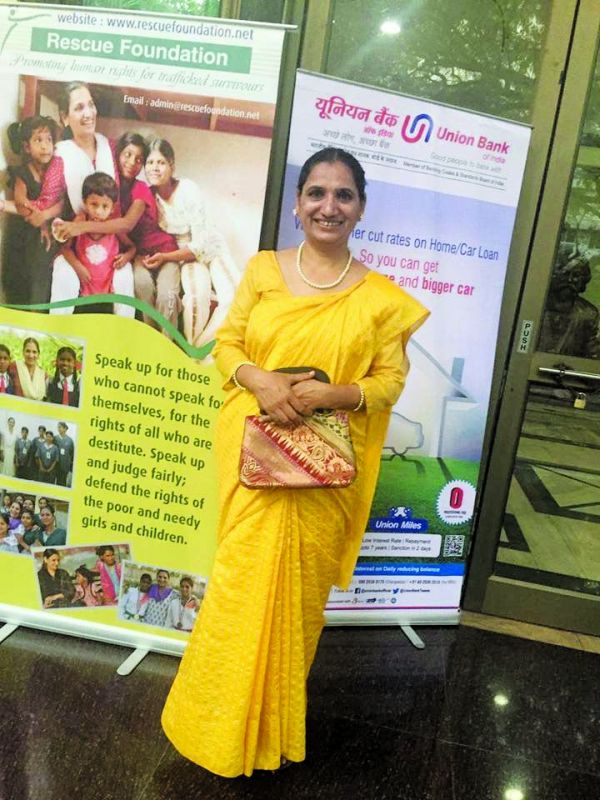 The helpless girls and women are often drawn into the sex trade from across the borders, from places like Nepal and Bangladesh, and also from impoverished states in India.

“That day, we realised that we needed to do something to help other girls in the same situation. So, my husband wrapped up his business and began rescuing girls full time, and I continued to work to maintain contacts, and sustain us financially,” Triveni further reveals.

The social worker also asserts that a lot needs to be done to save these women. “There are a lot of institutions working for various causes, but no one wants to even talk about sex workers because we feel embarrassed about it. We just give up on them as if they are untouchables,” she asserts.

The task that Balkrishna Acharya started alone was completely taken over by Triveni in 2005 after he passed away, and she now has an army of people working for her. “We have a huge network across many cities. These are called local spies. They work near brothels as chaiwalas or cosmetic sellers, and they inform us about virgin girls being brought there forcefully, or girls who want to run away from there,” explains the social worker.

According to Triveni, the spies start their work after six in the evening. They go in as customers and ask for virgin girls, and once they know that the girl is trafficked, then they inform Triveni’s team. So far, her foundation has created shelter homes in Mumbai, Thane, Pune, and Delhi.

It is an uphill battle for Triveni and her team to rescue one girl, as it involves a lot of legal and police procedures. “The girl has to say that she doesn’t want to do that job, only then can we continue with the process. Everything happens on the basis of court’s order. Either the girl is sent back to the family, or we keep her till she is 18,” she informs. After that, the girl is free to stay in their long-stay home, or she can move out for work or marriage.

Once rescued, the girls are brought to the shelter home in Kandivali and are asked to undergo medical check ups, followed by different mental therapies by psychiatrist and psychologists. “To suppress their pain, they become alcoholics and chain smokers. We assure that they quit everything. We have our in-house team of counsellors for these girls,” informs Triveni, adding that once the girls are out of their respective trauma, they are enrolled into various vocational training programmes like fashion and jewellery designing, baking, housekeeping and hospitality. “We have tie ups with different hotels and corporate houses, who train these girls under their CSR activities,” she explains.

According to the social worker, not only has the number of brothels increased over the years, but they have also taken different forms to accommodate all the trafficking victims. They exist as salons, dance and beer bars, and massage parlours. For many states like Rajasthan, Madhya Pradesh, and Karnataka, there exist some communities where prostitution is considered as tradition. “It’s not shameful, but a tradition for them. So they just send them for this business. We now not only have red light areas to focus on, but other places as well, where there is a huge market of prostitution taking place,” she concludes.