Additionally, the SMC would also have to connect all the students’ social media accounts with their respective institution’s and the Ministry’s. 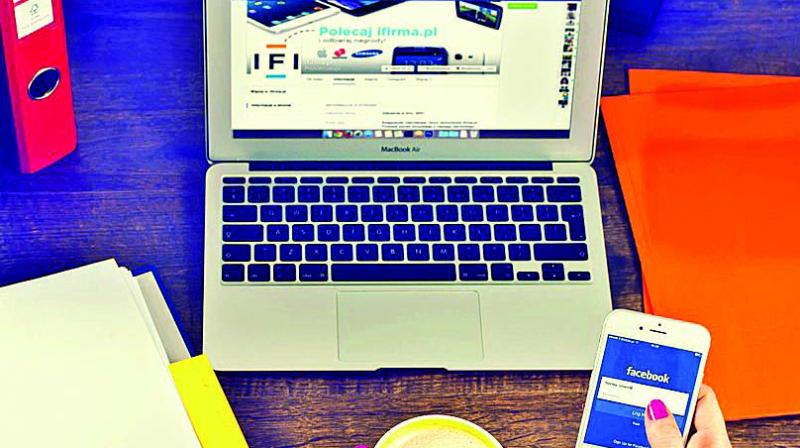 Though the MHRD subsequently clarified that the purpose of the order is only for best practices to be shared and that it is not mandatory for students to follow the accounts or share posts on them, the diktat has still ruffled feathers of students and professors, and has been met with suspicion.

A letter urging the linking of students' and colleges' social media accounts with that of the MHRD's has been met with disdain by those in the academic circuit.

When it comes to social media, everyone wants a piece of the pie. And this rings true for the Ministry of Human Resource Development (MHRD) too, as in a letter addressed to the heads of all Higher Educational Institutions (HEIs), Higher Education Secretary, R Subrahmanyam expressed the Ministry’s desire to connect “all the HEIs with each other, and with MHRD, so as to share their achievements using the social media (SM) platforms”. For this to transpire, the letter requested the institutions to elect a Social Media Champion (SMC), who would be tasked with opening and operating SM accounts of the institution, connecting the institute’s accounts with those of other institutions, as well as to those of MHRD and publicising at least one positive story from the institution per week. Additionally, the SMC would also have to connect all the students’ social media accounts with their respective institution’s and the Ministry’s.

Though the MHRD subsequently clarified that the purpose of the order is only for best practices to be shared and that it is not mandatory for students to follow the accounts or share posts on them, the diktat has still ruffled feathers of students and professors, and has been met with suspicion. Sucheta De, President of the All India Students’ Association, reveals that the statement makes her uncomfortable on multiple fronts.

“Whether it’s mandatory or not is not the question, as it is mentioned that one of the tasks of the SMC is to connect all the students’ social media accounts with those of the institution and the HRD. So the onus to say ‘no’ will fall on the students, which means that the students will have to take the hit for saying ‘no’ to the university administration and the HRD itself. Does an individual student have the capacity to challenge the directions of the Head of the University or the HRD? It is wrong to shift the responsibility of voluntariness to the student,” she reasons.

Sucheta also mentions how the idea of sharing positive stories can be problematic and says, “How do you define what a positive story is? What is perceived as positive by the university administration may not be positive for the students, and vice versa. For example, you might want to make friends without regard for caste, class or religion. Whether this will be perceived as positive or not cannot be said. So the actual purpose of connecting social media accounts is to monitor what students are writing.”

Professor Yogesh Kamdar, Course Head of Journalism and Mass Communication at Xavier Institute of Communications, feels that asking for students SM accounts to be linked is unnecessary at best and insidious at worst. “Although, one cannot comment on the intention of the HRD, I get the feeling that this is an unhealthy practice. Why should the HRD be interested in knowing what the student community and the institutions are doing? If it is about sharing positive stories and best practices, that can be communicated by the institution to the HRD. What’s the need to link students’ accounts,” he asks.

Aniket Sule, Faculty at Homi Bhabha Centre for Science Education, points out that the government has been eager to improve its social media presence for quite a while and that in the recent past, government institutions and colleges have been pushed to share things on social media platforms. However, he lists out a few logistical issues that could arise due to the HRD’s statement in question.

“On the positive side, the move could mean that the HRD gets quick feedback from all quarters, but the con is that if all colleges connect to the HRD, there will be too much clutter on the HRD’s SM walls, which means that it will see very few posts anyway. So this kind of defeats the purpose. Also, our country has the bad habit of converting every such new idea into bureaucracy.

So, you might start seeing college faculty being asked to file quarterly reports about how many posts the institution has made, which again will be detrimental to the idea,” he opines. Aniket also mentions how the manner in which SM accounts of students are connected is important. “If it means that the college will widely publicise its accounts and request students to join at their own free will, then it’s okay. But if students are compelled to follow the accounts, then we’re moving into a grey area,” he adds.

When students were asked to share their views on the HRD’s instructions, 19-year-old Youhana Tharakan, who is applying to engineering colleges at the moment, says, “It isn’t right to ask us to link our accounts. They (the ministry) are taking away our privacy. And about it not being mandatory, it all depends on the college. Some colleges might take your refusal to join lightly, while others might even threaten to deduct marks, etc, if we don’t link our accounts.” College student Ankita Salian says, “I feel like it’s a threat to a student's personal life. More than the HRD, I think colleges will interfere in the activities of students and their privacy. But the one positive thing is that freedom is being given to the student to decide if he or she wants to connect.”