For the love of football

Whenever there is an important match, of course, you don't keep any shooting engagements and everything post the afternoon. 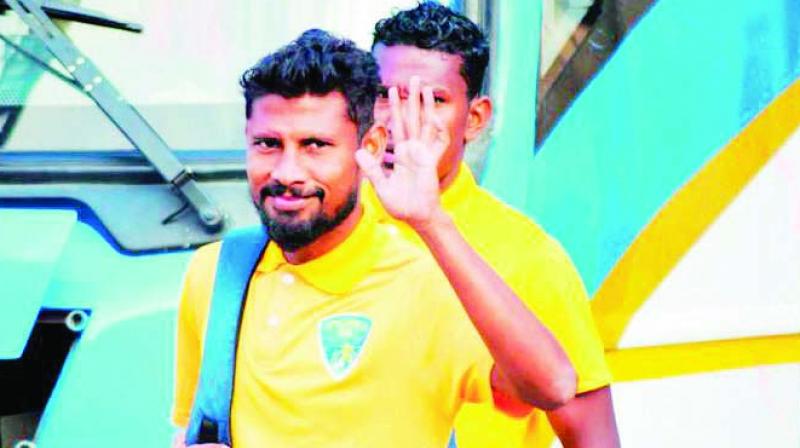 I am very upset because I wanted Russia to win, big fan. Now, I'll support Croatia.

As the FIFA tournament has filled us with exuberance, we speak to tinsel town’s football enthusiasts about their plans for the semi-finals today and for the final match.

Shalkie
As the FIFA World Cup is nearing its conclusion, with the France vs Belgium semi-final match today; Croatia vs England tomorrow; and the finals on July 15, our celebrities too are gripped by the tournament which turned out to be the footing ground of the underdog teams instead. While some are planning to watch the games at home, some are heading out to the pubs to celebrate, and then there is Shoojit Sircar, the director of Piku, going to the hosting country Russia to watch the semi-finals. Here is a peek into how our tinsel town is going to watch the match, what they think about the tournament so far, and which team they will be rooting for.

Amit Sadh, actor:
I am planning to be surrounded by friends, good food and sit around a TV and watch the game. I think Belgium vs France will be a great game. They have so much talent and they've bonded as a team so well. France has a great squad too, with a lot of depth and endurance and they have the edge with experience. England vs Croatia will also be a fantastic game. England has really grown as a team and Southgate has done a great job. They are on a high and after Croatia's last game, I think England will go into the semi with more momentum. Head says France will win but heart says England. So many smaller teams have done well against the big teams. Hence my money is on England.

Steven Dias, former footballer:
I am definitely going out with my friends to watch the game on the big screen, where I will get to watch proper football. Gradually, I am also getting into coaching, so it’s good to watch it on the big screen so that I can get some good ideas. I will be supporting Belgium because they have got a really strong team. Hopefully, Belgium and Croatia come into the finals. I am a Madrid fan, so my favourite player is Luka Modric, the Croatian captain since he is a very cool, calm and composed player.

I was personally supporting Portugal, and that team is also out. I think it's good that the same teams winning World Cup, usually Germany, Brazil, and Spain are all out, so it's going to be a really interesting game.

Gaurav Chopra, actor:
Whenever there is an important match, of course, you don't keep any shooting engagements and everything post the afternoon. The ritual so far is for me and my wife to watch it together. We got married a couple of months ago and we kind of discovered that we both like watching football this World Cup. And inevitably, somehow, there are friends over, either from the shoot or from the gym. It’s because my plan of watching the game at home is so set that other people join in. I would have wished for Iran and Russia to have gone further in the tournament because they were so passionate about playing for their country. You could see how gritty these underdogs were in their game and you felt they were trying to make a mark. It’s so difficult to say, the support has gone out of the window in terms of the surprises. But, I have a feeling that it might end up England-France in the finals. England seems to be destined for the finals, but France has the ammunition.

Sorabh Pant, stand-up comedian:
I have watched nothing this time, which is really sad because every time there is a good match, I have a show somewhere. But I will definitely watch semi-finals and finals. Although, it's impossible to watch the World Cup when you have kids. For the most part, I will be watching it on my phone while my son sleeps next to me. So, I have to be super quiet, also during the whole process, and if something exciting happens, I have to keep it within me. I have viewed every World Cup since 2002, and it's been a ball. But, I couldn’t this season. It's been so unpredictable, who would have thought about Croatia. The way things have been going so far, the winner would be somebody you don't even expect, I think it’s going to be Bangladesh (jokes). I want England to win because it will be a good story.

Cyrus Broacha, Anchor and Comedian:
I have quit alcohol for two years now, so going out with friends is bothersome. You have to split the bill even when you don’t drink. I will watch it at home, even though my son doesn’t like me to be in his space when we are watching, luckily we have two televisions, so hopefully I will be able to watch it.

I am very upset because I wanted Russia to win, big fan. Now, I'll support Croatia. Although I think they should call it a Euro Cup only, because the South American teams didn't even perform, the big gun failed to qualify. I am very disappointed that it’s just the European teams left in the game. From Africa, I wanted Senegal to win out of the blue, they remind me of sport and football.