A blow to the head

A recent study shows that there is a rise in the number of brain tumour cases in India. Early detection of tumours would yield better outcomes. 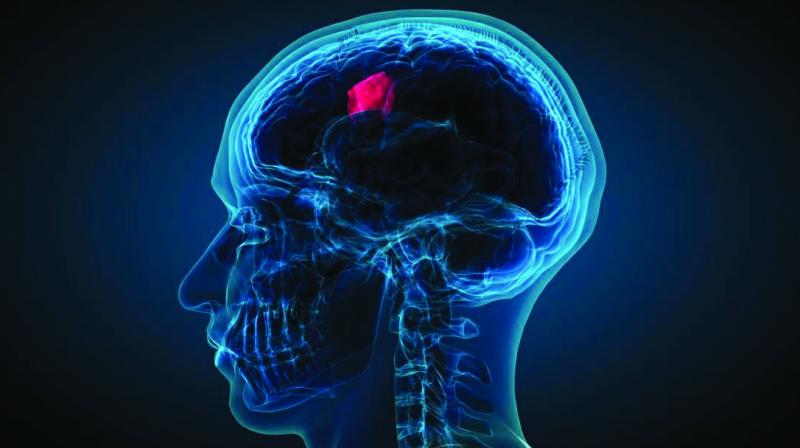 Brain tumours constitute 2% of all malignancies, with the associated morbidity and mortality leads to a major dent towards the cause of health hazards.

Watching Dr Derek Shepherd also known as Dr McDreamy on Grey's Anatomy performing complex brain surgeries is exciting and fun. But what happens when something that  seemed like a distant figment of televised drama has now become reality- the rapid rise of a brain tumour in India and its chilling implication towards the goal of complete health that the nation aspires to attain. This alarming rise throws a conclusive light on the state of neurological diagnosis and cure of the nation, where a proactive approach needs to be adopted both on governmental as well as private/individual levels.

As a recent development, it is observed that close to 40,000-50,000 patients are afflicted by this killer disease, baffling the medical fraternity to no ends. Patients of all ages and socio-economic background are piling up in hospitals with tumours at various stages, with a shortage of staff dealing with these neurological upsurges.

Brain tumours are an abnormal growth of cells in the brain that can spread aggressively to distant parts of the body as well.

Tumours that do not spread or invade nearby tissue are called benign, while that one that spread rapidly are called malignant.  While benign tumours are less harmful as compared to malignant ones, yet don't be rest assured- a benign tumour can cause problems in the brain by pressing on nearby tissue and hence need early diagnosis.

“Tumours of the brain constitute approximately 2% of all malignancies, with the associated morbidity and mortality contributing a major dent to the cause of complete health in India”, said Dr Vivek Vaidya, Additional Director Neurosurgery, Fortis Escorts Jaipur.

According to several studies, risk factors for brain tumours are ionizing radiation, from high dose X-Rays such as radiation therapy and other sources.

Dr Vaidya goes on to add, “The often cause cell damage, which automatically leads to the formation of a tumour. Other risk factors like a small number of cases have been documented in medical history where there are families that have several members with brain tumours.”

Symptoms include repeated episodes of vomiting and a morning headache. Brain scans are a viable way to detect this early, making it an impetus to make neurosurgical healthcare more congruent.

Yet there is a light at the end of the dark tunnel- treatment is possible and accessible. Correct diagnosis is based on the size of the tumour, along with the general health condition of the patient, making it integral for early brain scans.

While it has been found that certain tumours can't be surgically removed owing to their location in the brain, medication, chemotherapy and radiation options are often opted for killing and shrinking the tumours.

Here, early detection and treatment yield better outcomes. If the cases are detected early, then 90 per cent of benign brain tumours are curable.“Early diagnosis is the first offence towards combating this rise, as it increases the chance of timely action and recovery. Yet often, the location of the tumour proves to be a deterrent, owing to the sensitive road map of the brain. For such deep-seated tumours, deep-seated surgery is one of the options. This surgery involves open brain surgery as well as one done through the nose, with 100% success rate,” said Dr Hemant Bhartiya, Neurosurgeon.