By law, only foreign Christians are allowed to collectively worship in churches. 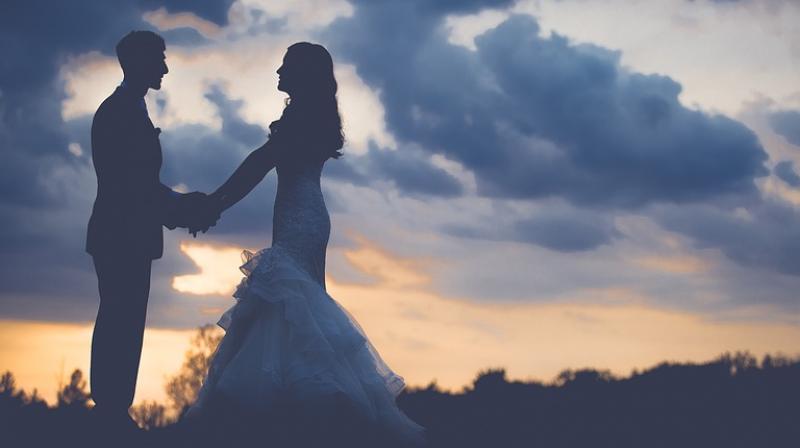 RABAT: Christian convert Loubna and her husband Kamal marry in a small ceremony in a meeting room of a human rights group in the Moroccan capital, ignoring threats from people in their conservative hometown in the north of the Muslim kingdom.

The couple are part of a tiny minority who have converted to Christianity and are demanding legal recognition of their marriage. Islam is the religion of state in predominantly Sunni Muslim Morocco where only Muslim and Jewish marriages are deemed legal. “From now on I have to wear niqab (face veil) if I want to walk in the streets of my hometown,” Loubna said after the ceremony.

The centuries-old tiny Jewish community is recognized in the constitution as part of the Moroccan identity. The roughly 3,000 Jews have their courts governing personal status matters as well as inheritance and burial.

“We want to be treated on an equal footing with Moroccan Jews,” said Chouaib El Fatihi, coordinator of the Christian committee at the Moroccan association for religious rights and freedoms. “We want to be recognized as Moroccan Christian citizens and to enjoy the right to legal marriages and burial ceremonies according to our religion,” he said.

By law, only foreign Christians are allowed to collectively worship in churches, many set up during the French colonial era, and proselytism is punishable by up to three years in prison.

Adam Rabati and his wife Farah Tarneem, a Christian couple, refuse to get married according to the Moroccan family code based on sharia. In a Rabat suburb, the couple live in an apartment-turned-church receiving converts. “We are running the risk of being accused of fornication punishable under the penal code,” said Adam, who does not have a legal marriage certificate.

Farah, who embraced Christianity two years ago, said obtaining the certificate includes traditions that contradict her faith. “We suffer from discrimination by authorities which do not recognize us as Moroccan Christians coupled with social pressure and harassment because of our choice of faith,” she said.

The native Christian community is estimated by local leaders at more than 50,000 but no official statistics exist. In the wake of 2011 “Arab Spring” protests, Morocco adopted a new constitution guaranteeing freedom of expression and belief. The country has also marketed itself as an oasis of religious tolerance, offering training to preachers from Africa and Europe on moderate Islam to counter extremism.

Responding to a Reuters request for comment at a regular news briefing, government spokesperson Mustapha El Khalfi said Morocco is a country of religious tolerance and freedoms. “The U.S. State Department report contains erroneous allegations and judgments that are not based on scientific data,” he said.