A book for the ride

The couple currently leaves one book a week, and plan to gradually increase the frequency. 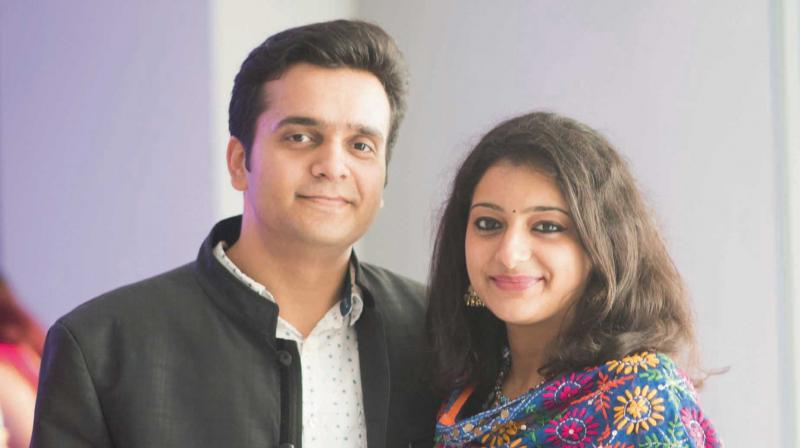 A Delhi-based couple — Shruti Sharma, a writer, and Tarun Chauhan, a civil engineer — are sharing their joy of reading with fellow commuters by leaving books in Metro trains and Metro stations.

Who doesn’t like surprises?  And, when it comes from an unexpected source, the happiness is extra special.

A Delhi-based couple — Shruti Sharma, a writer, and Tarun Chauhan, a civil engineer — are sharing their joy of reading with fellow commuters by leaving books in Metro trains and Metro stations. Called ‘Books on the Delhi Metro’, the non-profit project was started by the couple a month ago.

“It all started when I watched an Instagram video of Emma Watson dropping books on New York’s Subway to encourage reading among people. The initiative was part of ‘Books On The Subway’ in New York and that’s what inspired me to kick-start a similar initiative here in Delhi,” shares Shruti.

She reached out to the organisers and asked them if something similar could be done in India.

“Their response was very positive and that is how my husband and I began our campaign, Books On The Delhi Metro this May.”

Till now, the couple has left Jhumpa Lahiri’s Namesake, the entire casebook of Sherlock Holmes by Arthur Conan Doyle and Cecelia Ahern’s The Year I Met You. One of these books was successfully picked up recently. You can identify these books by the sticker on the covers.

Talking about how they function, she says, “We hide the books on the Delhi Metro and regularly update our social media handles with clues that lead a passenger to the station where the book has been kept. The passenger picks up the book and tags us on social media to let us know that they have taken it.”

About the purpose of the initiative, she says, “The main aim is to get people to read more. It would be nice if they weren’t just hooked to their mobile phones or watching videos.”

She adds, “There is no fixed time frame. One can keep the book as long as they wish. Passengers are, however, encouraged to leave the book in the same manner on the Delhi Metro so that someone else can pick up the read.”

The couple currently leaves one book a week, and plan to gradually increase the frequency.

So far, the books have been from their own collection but eventually they plan to organise book donation drives.

Going forward, Shruti and Tarun are also planning to invite fellow book lovers to donate books for the cause.