Discover the treasure trove of London's history through its architectural masterpieces. 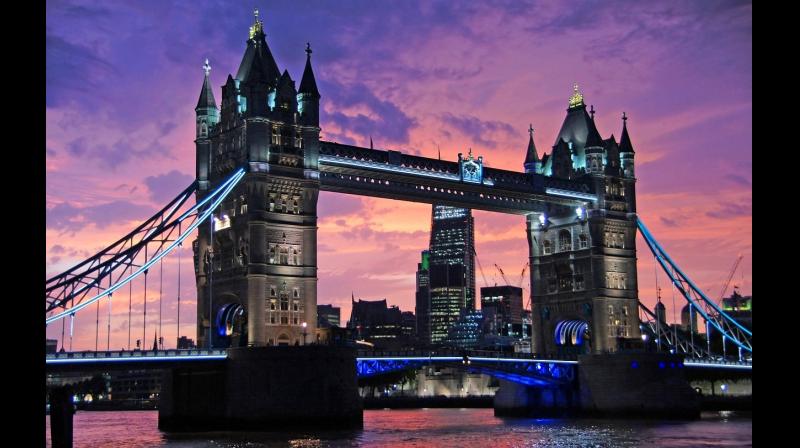 It’s amazing to see that the historic Roman town of Londinium would one day metamorphose into the megalopolis known today as London. The city has always held a special place in my heart, starting with images conjured up by incredibly vivid descriptions in the Sherlock Holmes series, to reading about its global urban influences in architecture school. The opportunity to travel to it finally arrived and there was no looking back. 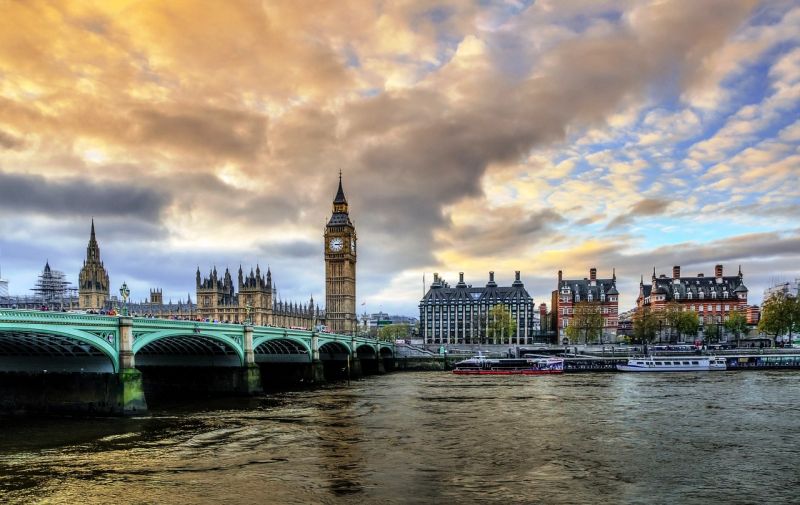 The Big Ben and parts of Palace of Westminster, which houses the Parliament of the United Kingdom, on the north bank of the River Thames in the City of Westminster, in central London. (Photo: Pixabay)

There is no better way to explore London than on foot, for architectural marvels steeped in history abound every nook and corner. Churches, palaces, castles and mansions, built over centuries, stand in stark contrast to modern glass-sheathed edifices, creating an indelible impression. One can spend an entire month in the British melting pot, yet be unable to soak in the sheer volume of heritage architecture. We had to carefully chalk out a travel itinerary to figure out a comprehensive London experience.

I alighted at the impressive Liverpool Street Station, following an hour and a half long train ride from Suffolk. The site manifests as the historic north-eastern gateway to the City of London. Checking out of the premises, we were greeted by the typical overcast, gloomy English weather. The feeling dissipated rapidly as the city engulfed us in its overwhelming drama.

Luckily, a friend residing in the city, an architect by profession, volunteered to be my guide. Our first stop, the Lloyds of London Building by Richard Rogers stood out amidst the sea of high-rises in the neighbourhood, conspicuous by its futuristic stainless-steel panels and network of tubes. Standing in proximity was the 30 St Mary Axe tower by Foster and Partners, popularly known as The Gherkin. It invites the eye to stare and trace up along with the swirling lines of its diagrid structural bracing. 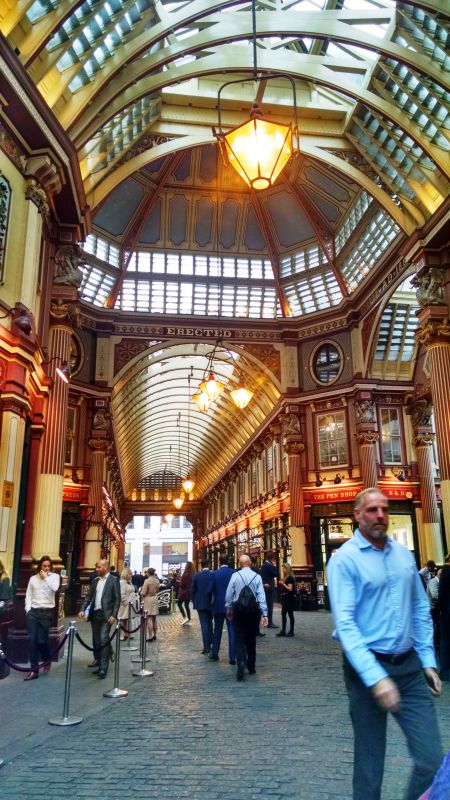 Leadenhall Market, one of the oldest markets in London dating back to the 14th century, is located in the historic centre of the City of London financial district. (Photo: Baikunth Nath Sinha)

Making our way through the canopy of the bustling Leadenhall market in London’s financial district, I was enamoured by the elaborate roof profile and bulky stone walls evocative of its typical Dutch-inspired construction. Next on our list was the Monument to the Great Fire of London. The 17th-century obelisk is a soaring Doric column standing close to the site where the fire broke out, a fitting tribute to London’s resurgence post the catastrophe.

Piercing the skyline in a stunning display of magnificence, the unmistakable dome of St Paul’s rose above the city, an exemplar of Neo-Palladian architecture, which had cemented its popularity in 18th century England. Sitting atop the highest point in all of London, the inside of the church is a visual spectacle, featuring intricate mosaics on the ceiling. The monument has stood the test of time, surviving the London fire, as well as multiple bombings.

Yet another construction that has undergone massive transformation and reconstruction is the Shakespeare’s Globe, which hosts performances throughout summer. The theatre replicates the original one in terms of planning and materials, with added fire-safety mechanisms.

From many vantage points around the city, The Shard, a towering 300-meter-tall steel and glass behemoth designed by master architect Renzo Piano seemed to beckon, its pyramidal, razor-sharp silhouette slicing the skyline and tapering to an apex, left ‘open’ for practical and symbolic reasons. The mammoth skyscraper trumps everything in its vicinity and challenges many notions of London being a mid-rise city that does not celebrate the skyscraper culture. The Shard’s arrival has spurred overall growth in its neighbourhood, reviving the London Bridge area and drawing hordes of visitors. In essence, a shift towards verticality is what any city needs to aim for, in order to create space.

A London holiday remains incomplete without a visit to the iconic Tower Bridge. The landmark’s twin towers have fascinated me since childhood. Situated near the Tower of London, it was awe-inspiring to watch the Gothic style double-leafed bascule bridge rise to provide way for a passing ship. Watching the lit Tower Bridge by night is simply surreal, anchoring the banks of the city while shimmering like a jewel.

On the South Bank of the Thames stand the ruins of the Winchester Palace, the stronghold of the erstwhile bishops of Manchester. The magnificent west gable, adorned by a beautifully designed rose window reflects the strong Tudor influence rampant in medieval London. 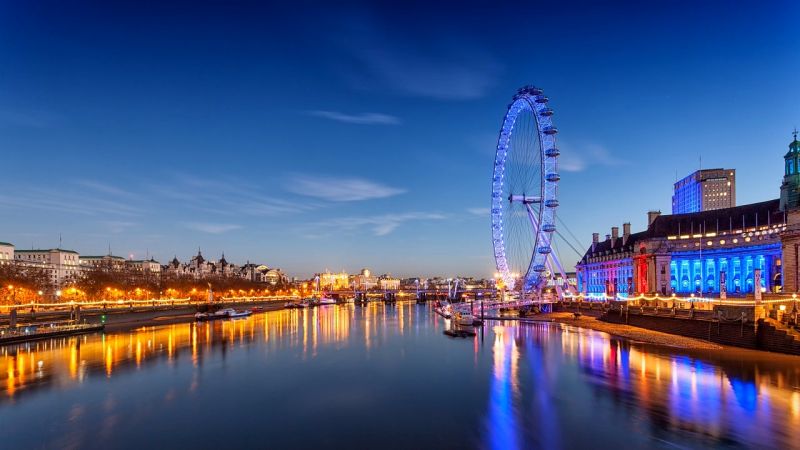 River Thames, with its sparkling banks and the popular tourist attraction, London Eye, an observation wheel on the South Bank in London. (Photo: Baikunth Nath Sinha)

The Buckingham Palace undoubtedly ranks amongst the most popular tourist destinations in London. The neoclassical masterpiece has a commanding presence, nestled in the centre of one of the largest private gardens in the city. Soaked in the imperial splendour of the Crown, the seat of the Royal family finds mention on every visitor’s itinerary.

Like many other castles and palaces that dot the boroughs of this metropolis, The Buckingham Palace has evolved considerably over centuries, its form and planning undergoing major transitions in the 19th and 20th centuries. Punctuated by pediments and giant columns, the image of this regal building will remain etched in my memory for years to come. 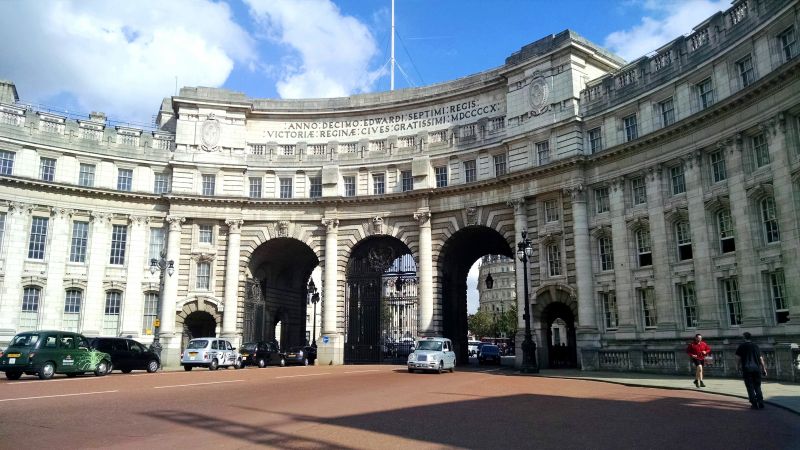 Admiralty Arch, a landmark building in London designed by Aston Webb, which incorporates an archway providing road and pedestrian access between The Mall and Trafalgar Square. (Photo: Baikunth Nath Sinha)

Trafalgar Square, at the heart of London, has been a mute witness to celebrations, demonstrations, protests, as well as a bloodbath. The square is synonymous with the City of London and a point located here signifies the geometric centre of the city. Surrounded by halls, churches and galleries dating back to the 13th century, a light stroll in this traffic-free stretch proved to be rejuvenating. 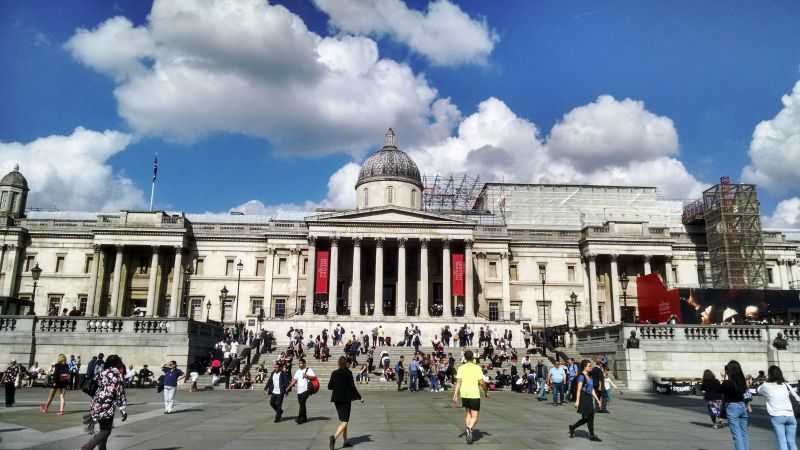 King’s Cross may steal the limelight, but Paddington Station in Central London has its share of stunning architecture, undergoing a series of upgrades and renovations to accommodate intensifying passenger footfall. In spite of overhauls and bombing damages sustained during the War, the historic complex retains much of its original charm. The gigantic concourse and train sheds constructed with wrought iron, now reinforced with modern technology, continue to evoke the nostalgia of early Victorian architecture.

Countless other architectural wonders, both quaint and colossal find their place in London’s urban fabric. Be it the Lyceum Theatre with its powerful Roman appeal or the museum-lined Exhibition Road, the city has crafted a fine balance juxtaposing its glorious past with the inevitable demands of future.

To describe London’s architecture is like flipping through a tome of history, each page encompassing centuries worth of artistic and scientific discourse, guided by numerous religious beliefs, cultures, movements and monarchical influences, peppered with major watershed moments. The reverence for heritage in London is profound, with buildings forging an intrinsic relationship with each other, and evolving together to allow the World Capital to thrive.

*Disclaimer: This article has been contributed by Baikunth Nath Sinha, Sr GM – Architecture, VYOM. The facts and opinions appearing in the article do not reflect the views of The Asian Age and The Asian Age does not assume any responsibility or liability for the same.