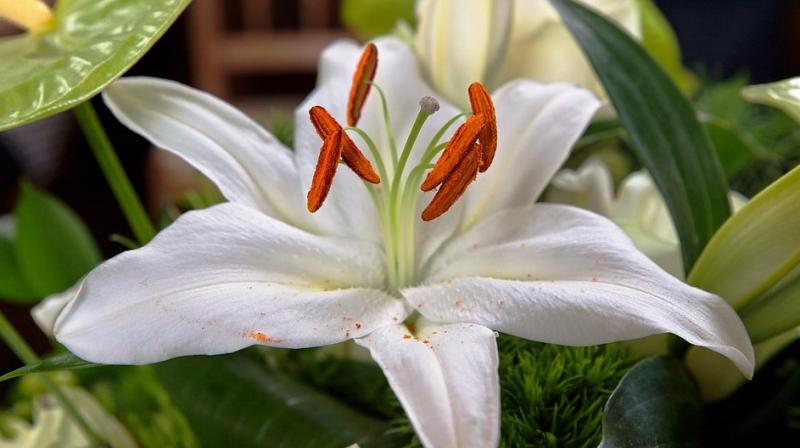 Flower farming in Meghalaya has helped farmers reap maximum benefits from the natural resources of the state, and tap the potential the state already possesses. (Photo: Representational/Pixabay)

Shillong: Several farmers in the flora and fauna rich north-eastern state of Meghalaya are taking up floriculture as their profession which has given a big boost to the state's economy. The flower business in the state has witnessed a surge, with the demand soaring high and farmers reaping great profits.

Jayashree Boro, who has been running a successful business as a floriculturist, said: "I cultivate several varieties of seasonal flowers including marigold, dahlia, salvia, to name a few. A large number of people from Delhi and Chennai come here to buy flowers and they take it to other parts of the country. Sapling of a seasonal flower costs between Rs 2-3 to Rs 10 and an evergreen costs about Rs 30 - Rs 200."

Floriculture, which is a discipline of horticulture, comprises cultivating of flowers and ornamental crops for commercial purposes and is generating good income for the farmers, thereby adding to the economic growth of the state.

After the surge in the flower business, the state is flooded with branded shops of flowers to vendors selling flowers on the streets. A horticulture development officer explained, "We have flowers of different varieties and species. Framers and other individuals can visit us and buy seedlings as we provide quality flowers."

He added, "There are lots of varieties of flowers including aster, marigold, dahlia to name a few. We also have house plants; they can get the cutting from here and can plant in their own house. We also provide training to farmers."

Flower farming in Meghalaya has helped farmers reap maximum benefits from the natural resources of the state, and tap the potential the state already possesses.