When imitation is not flattery

A recent TV series, 13 Reasons Why, depicting disturbing images of suicide, rape and bullying, sparks off concern among many. 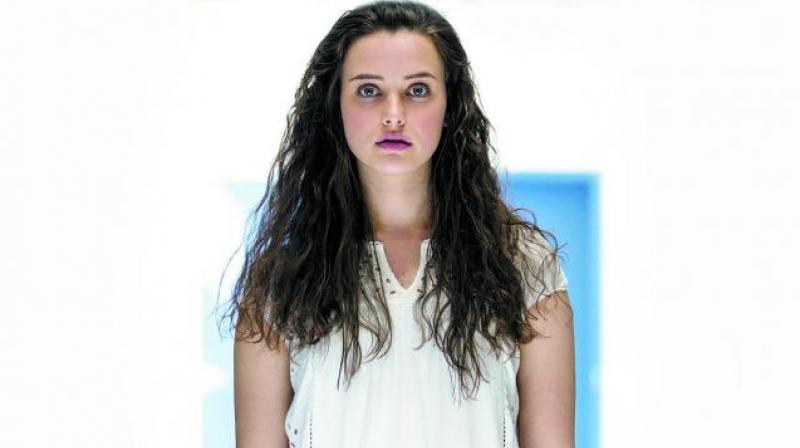 Many teenagers feel that they can relate to Hannah.

The growing up years have always been considered challenging but it seems like they just got tougher. Recently, a plot of one of the most controversial TV series, 13 Reasons Why, showed 17-year-old Hannah Baker slit her wrist, bleed to death, and leave behind audio tapes explaining 13 reasons why she killed herself.

Since its release, there have been numerous debates on how suicide has been portrayed in the series, which also graphically depicts rape and bullying. Many argue that the series, which is widely followed by teenagers in India, triggers suicidal tendencies. Although the show is intended for mature audiences, many parents have no idea what their children are watching online.

Closer home, there is also the case of a 13-year-old, who secretly got in touch with a suicidal group from US through an app. Over the period of one year, the teenager’s parents discovered various scars on his body, and found out how the strangers were inspiring him to take drastic steps. This also raises an important point about why parents should keep track of their kids’ activities on the Internet.

Teenagers speak
“13 Reasons Why is very depressing and hard to take but many people who have suicidal thoughts relate to it. The motive of the show is to spread suicide awareness,” says 17-year-old Sanjay Sajnani, who adds, “A friend of mine confessed to me after watching the show that she wants to commit suicide. She had many problems and could relate to Hannah. She has since reached out for help and is consulting a psychiatrist.”

Sanjay continues, “I discuss the show with my friends. Often we don’t know what the other person is going through. Hannah was called a s**t and maybe if there was no bullying, she would still be alive. Many people see the attention that she received after she died but they don’t understand that they don’t have to end their life for it.”

However, 17-year-old Arusha Abbani, who watched the show with her psychologist sister, feels that the show doesn’t trigger suicide. “I’ve a mixed opinion about the show. When I watched it the first time I liked it, but when I got into the details, I started hating certain characters. The show tells you how your behaviour affects someone’s life,” says Arusha, who has just completed Class XII from St. Andrews School.

18-year-old Siddharth Veeramalli agrees. He says, “The show is different from many other shows that have come up in recent times and sends out a strong message about depression.”

Experts’ views
Shanti Krish from Roshni Helpline, a suicide helpline, explains the concept of copycat suicides. “People take inspiration from reel life characters. Back when the movie Ek Duje Ke Liye released, where the lead actor and actress jump off a cliff and commit suicide, many youngsters who failed in their love life, followed suit. Sometimes, when a scene like a suicide is repeated on TV, people who are going through a traumatic period consider it to be an easy way out. Often, teenagers also surf the  Internet to find out painless methods to end their lives.”

The makers of the show, however, argue that when one sees the trauma of suicide, reverse psychology will kick in.

Explains Shanti, “Reverse psychology could work if it is properly portrayed. Shows should convey a message that committing suicide is not the only option. As a teacher, parent and counsellor, you need to educate the child that it is different from real life. Let them know that there are ways to cope with different problems.”

Dr Namita Singh, consultant neuropsychologist, Apollo Hospitals says, “Kids don’t realise that it is just a drama being enacted to bring out certain emotions and equate it to their own lives. When people suffering from depression watch these scenes, it gives them an impulse to work on it. It gives them an approval to their conflict. In teenagers, the ability to think and analyse futuristic things is not developed fully. Last year, a 6-year-old tried to hang himself in Mumbai; it was merely a role imitation.”

Talking about what preventive steps one can take, Namita adds. “Have a dialogue with your children at least once a week. An open way of communication will help. Sometimes, kids don’t want to disclose something that has happened to family members, but they don’t mind confessing it to a professional. Acknowledge your child and discuss things that they are interested in, so there is a conversation.”

Warning signs
A teenager who is outgoing suddenly loses interest in eating. A social person becomes an introvert. The person is not interested in his or her own well-being. Very often, if not always, these kids communicate to people that they are worthless and talk about intentions to end their life. They give away an important possession to somebody. They try to put things in proper perspective before they end their life. They become unruly, irritable, sleep excessively or become aloof. They don’t comply with any self care — skip taking showers or skip school. Someone who is happy-go-lucky may start complaining a lot.