The young one regained consciousness in two minutes as the mother held her child close. 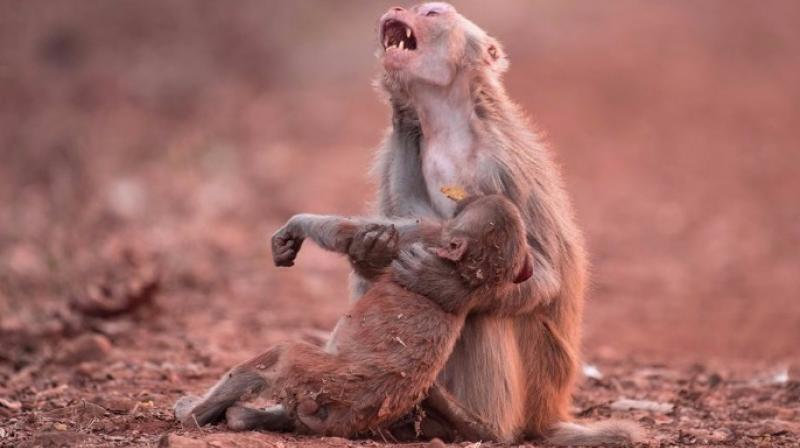 Jabalpur: The relationship that parents share with their child is a powerful one which has the capability to cause miracles. Humans can go to any length to protect children, and animals are also known to be extremely protective of their young ones.

Such a miracle was witnessed by a photographer who captured the anguish of a monkey in Madhya Pradesh’s Jabalpur, after her child collapsed. The photographer than saw something that made the experience special, as the little one recovered within minutes as the mother held it close.

31-year-old Avinash Lodhi told Daily Mail that he never saw something like this in his entire career as a photographer and this was rare among animals.