Sowing seeds for a sporty lifestyle

SportyBeans, a program designed for kids aged between two and eight, aims to revolutionise the sporting scene in the country. 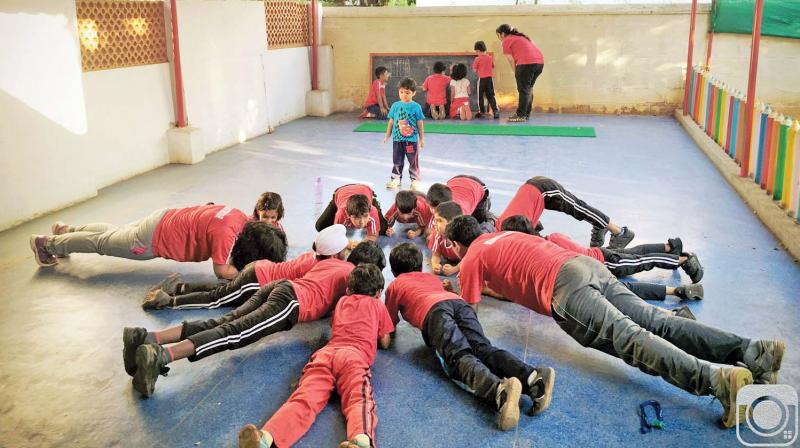 The program teaches nine different ball games for children and owing to its unique curriculum, SportyBeans has now got a very good response in the state and already has centers across five different cities in Tamil Nadu.

Feeling that there is no effective sports program for children between the ages two and eight, Chakravarthy S. Birur, a businessman was looking to start something that would benefit kids during their formative years and help them choose a sport of their liking. Hearing about SportyBeans, a Pune-based sports play program which was launched in 2009, Chakravarthy was immediately impressed — and has now become the master franchisee of the brand in Tamil Nadu.

The program teaches nine different ball games for children and owing to its unique curriculum, SportyBeans has now got a very good response in the state and already has centers across five different cities in Tamil Nadu. “Down south, though children are encouraged to play or pursue any available sport, they are never taught the basics scientifically — sports for children below ten are generally like a gray area. So, I was thinking about starting something, which would propagate a structured learning of sports skills and most importantly, bring in age-appropriate sports equipment that are necessary to sustain the interest in the child towards sports,” starts Chakravarthy, adding, “That’s when I met Kapil from Pune, the director of operations at SportyBeans, and was immediately hooked on the idea and I became the master franchisee in Tamil Nadu.”

Speaking about the impact it would create among children, he reveals, “We don’t promise that we are going to create the next Yuvraj Singh or something like that. But what we can assure is, kids would have a good knowledge of every sport and post the age of nine, they can actually choose one sport they like. The curriculum will involve all nine ball sports including soccer, basketball, baseball, golf, volleyball, hockey, cricket, tennis and rugby (non-contact).” He continues, “We also have three stages — in the first stage, they will be taught all nine sports and its basics, in the second stage, we would reduce it to three with specific skills, and in the final stage, they will be extensively taught only one skill.”

Sharing the schedule with us, he says, “One thing we have realised after talks with sports scientists is that, our course should be such that it depends on the concentration span of the kids — they would get bored if we taught them one sport for an entire hour. A particular individual will have two classes a week and it would comprise of warm ups, light-hearted games and specific coaching.”