Between a rock and clean air

An assistant professor in the department of Earth Sciences, Vikram Vishal, has won the prestigious (INSA) medal for his research work. 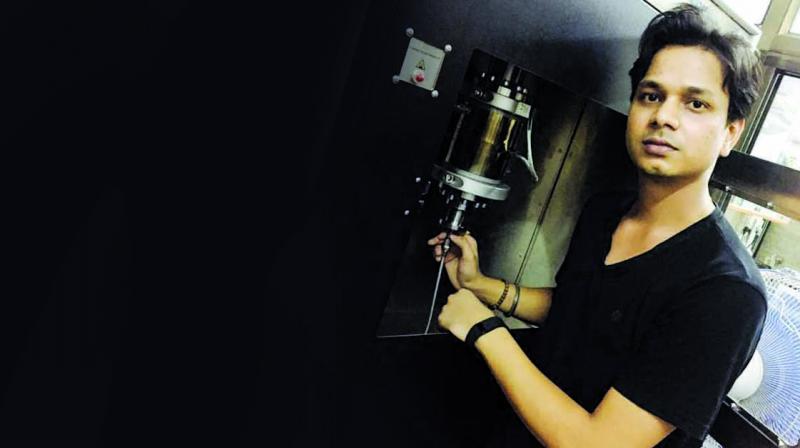 Born and brought up in the steel city of India – Jamshedpur, Vikram Vishal was habituated to seeing smoke emitted from factories and power stations as a kid. What piqued his interest as a child, today has led him to win an award for his research. The 31-year-old professor from IIT-Bombay has bagged the prestigious Indian National Science Academy (INSA) medal for Young Scientist (2017) for his research.

He is currently working on a project which attempts to reduce carbon dioxide emissions and their environmental impact by capturing the natural gases. His research looks at geologic sequestration. In simpler terms, it emphasises on the importance of reducing carbon dioxide emissions by extracting the carbon dioxide that is released and injecting it back into the rocks deep underground so that it is not released into the atmosphere. He explains, “The analogy comes from the natural gases that remain trapped in rocks for millions of years. If we can successfully inject the emissions into the rocks, they will remain there for several thousand years,” says Vikram.

Realising India’s vast geological diversity, it offers ample opportunities for the storage of carbon dioxide says Vikram.  “Injection of carbon dioxide will not only help develop a long sustainable earth, but also lead to enhanced recovery of methane to partly meet our growing energy demands,” he says. Hinting on the need of the hour, he adds, “We need to understand that the temperature of earth is increasing by 1 degree Celsius with each passing century and if it continues to increase at this rapid pace, we will be only adding to the global warming.”

However, according to the young scientist, raising awareness is paramount. “What we lack is the understanding that our normal everyday activities can cause harm to Mother Earth. Simple acts like pooling a car for work everyday, using public transport and planting trees can help us in the long run. When people visit IIT-B, they find the campus to be at least two or three degrees cooler than the rest of the city because of the trees we have here. Afforestation, is yet another key towards a sustainable future,” he shares.

The professor has currently created a demonstrative set-up in the labs of IIT-B. Next on the anvil is to test the prototype on field, “This will be a big step in the research. Having created similar conditions in the lab, we now want to test how the experiment works in actuality. If we manage to succeed, it’ll be a huge breakthrough for us,” he concludes.