'Thank U, Next' beauty line by Ariana Grande

Ariana Grande coming up with 'Thank U, Next' beauty line. 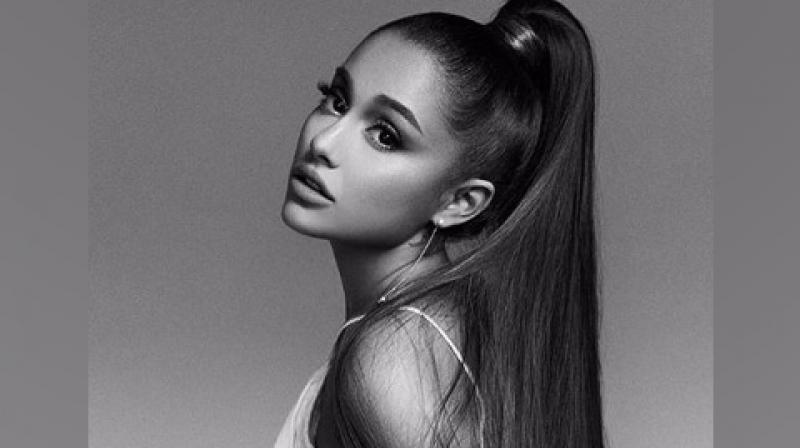 The singer released her hit song 'Thank U, Next’ in November, last year. (Photo: ANI)

Washington: All the Ariana Grande fans have a reason to rejoice as the singer is trademarking her recent song and album of the same name titled ‘Thank U, Next’ after its massive success.

The Grammy winner wants to come up with a beauty line based on the hit single and subsequent album, which dropped in February, reported The Hollywood Reporter. According to E! News, the 25-year-old singer submitted an application to trademark the phrase “Ariana Grande Thank U, Next.”

The application, filed on April 2, states that Grande hopes to use the phrase for a line of products such as perfume, cologne, body lotions, shower gels, body scrubs, body powders, and mists.

So, it seems like Grande’s fans might be getting a line of products from their favourite artist sometime in the near future. This comes one day after Grande released the song ‘Monopoly’ with singer Victoria Monet, and just two weeks before she is set to make her Coachella headlining debut on April 14 in the California desert.

The ‘7 Rings’ singer already sells beauty products, including six fragrances with names such as ‘Cloud’, ‘Sweet Like Candy’ and ‘Moonlight’ on the Ulta Beauty’s official website.

On her own website, Grande sells ‘Thank U, Next’ merchandise including caps, socks, shot glasses and notebook. The products inspired by her 2018 ‘Sweetener’ album are still available as well. Grande has also entered the culinary world with a Starbucks collaboration that debuted last month.

The singer released her hit song 'Thank U, Next’ in November, last year. In February, Grande went on to release her new album of the same name, which received an overwhelming response and instantly climbed to the top of the charts.

Meanwhile, Grande is currently performing for her ‘Sweetener World Tour’. The tour kicked off on March 18 and will wrap up in Switzerland in October. This weekend, Grande will headline the 2019 Coachella music festival.