Scientists find a way that may yield earth-friendly plastics. 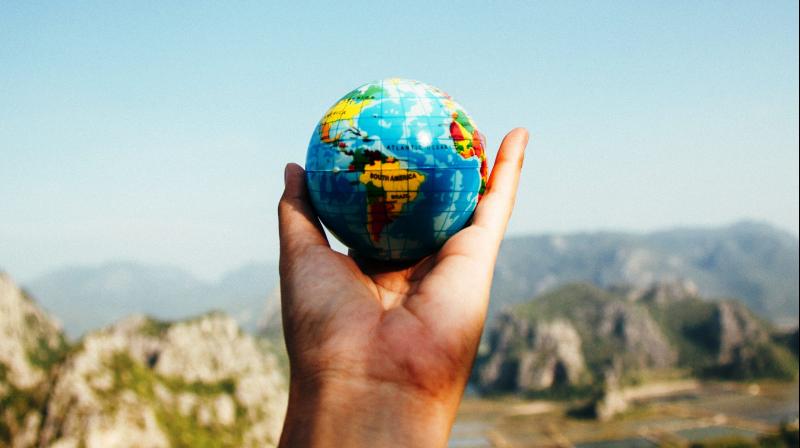 Beyond packaged foods, a bioplastic could potentially be used in other food-related applications such as utensils and cutting boards. (Photo: Representational/Pexels)

Washington: A biodegradable replacement for petroleum-based plastics has been marred by various challenges; however, new research has found a way that could yield earth-friendly plastics.

The study published in the 'Journal Polymers' has shown that combining natural rubber with bioplastic in a novel way results in a much stronger replacement for plastic, one that is already capturing the interest of companies looking to shrink their environmental footprints.

A biodegradable replacement for petroleum-based products has to meet all sorts of standards and, so far, attempts at viable replacements from renewable sources have faced limited success due to processing and economic constraints. Among the obstacles, products to date have been too brittle for food packaging.

The research team reported success with a rubber-toughened product derived from microbial fermentation that they said could perform like conventional plastic. This new study highlights the greatest success in this area so far, according to scientists.

"Previous attempts at this combination were unsuccessful because the softness of the rubber meant the product lost a lot of strength in the process," said lead author Xiaoying Zhao.

The new study involved melting rubber into a plant-based thermoplastic called PHBV along with organic peroxide and another additive called trimethylolpropane triacrylate (TMPTA). The end product was 75 per cent tougher and 100 per cent more flexible than PHBV on its own - meaning it is far easier to shape into food packaging.

Other research teams have combined rubber and PHBV, but the products have been too weak to withstand all the demands of a food package - from processing to shipping, to handling in stores and homes, especially containers that are used for freezing and then microwaving, said the study's senior author, Yael Vodovotz.

Increased flexibility, without a significant loss of strength, is particularly important when it comes to plastic films commonly used to package everything from fresh produce to frozen foods, she said.

While other attempts at making this type of rubber-enhanced bioplastic have reduced the strength of the PHBV by as much as 80 per cent, only 30 per cent of the strength was lost in this study – a much more manageable amount, Zhao said. Toughness, which was improved, is different from strength, explained study co-author Katrina Cornish.

"Imagine trying to pull a block of concrete apart with your hands. That's testing its strength. But karate chopping it with your hand or foot is testing its toughness - how easily it breaks. You can never pull it apart, but if you're strong enough you can break it," Cornish said.

Much of the researchers' current focus is on the potential use of various biodegradable - and otherwise environmentally conscious-materials they might use as fillers to further strengthen the mix.

They've discussed using the 'cake' left behind after a fellow researcher extracts oil from spent coffee grounds. Tomato skins are under consideration, as are eggshells.

"We want something that would otherwise go to waste that is sustainable and also relatively cheap," Vodovotz said. They're even looking at the potential to attack two environmental problems at once, by seeing how invasive grasses that environmentalists are yanking out of waterways might play with the rubber-infused mix.

"We could dry them, grind them up and potentially use these grasses as fibrous filler," Vodovotz said. Beyond packaged foods, a bioplastic could potentially be used in other food-related applications such as utensils and cutting boards.