Mumbai mangroves coming back to life

With eight lakh kg of trash cleaned out from the mangroves in the city, volunteers are on a high, with no signs of stopping. 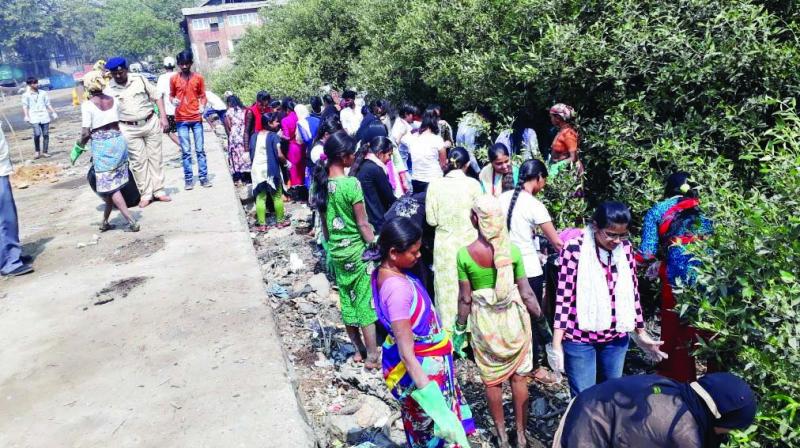 Volunteers clean the garbage from stretches of mangroves around the city

Don’t be surprised if you see everyone from weekly corporate slaves to government employees and students together in the city’s green patches on a weekend. They’re there to help the city breathe well again.

In a first, the city’s mangroves have been rid of eight lakh kg of garbage in about four months. The efforts came into fruition when the mangrove cell began a campaign last year.

The cell wished to familiarise Mumbaikars with the importance of mangroves and the deplorable state they’re in at present. The massive Clean Mangroves Campaign began in December, and since then, hundreds of volunteers have gathered every weekend at 8 am, picking garbage up in stretches across Mumbai, Thane and Navi Mumbai, with it going on till about 5 pm.

The state cell has stated that it’s been the largest cleanliness drive so far, with over 80 tons of garbage being collected every week on an average. For now, the drive concentrates on areas like Bandra, Versova, Gorai, Dahisar, Airoli, Bhandup, Sewri and Vashi. “When we began this drive, on the first day alone we cleared 3,000 kg of trash from the stretch along Carter Road in Bandra,” beams Sarthi Gupta, the campaign coordinator. “About 720 volunteers, including students, NGOs and local citizen groups participated in the clean up drive. With the kind of response we got, our determination to make the mangroves garbage free only became stronger.” The stretches between Bandra and Gorai and Airoli to Bhandup have been cleared of 60,000 kg and 45,000 kg garbage respectively. 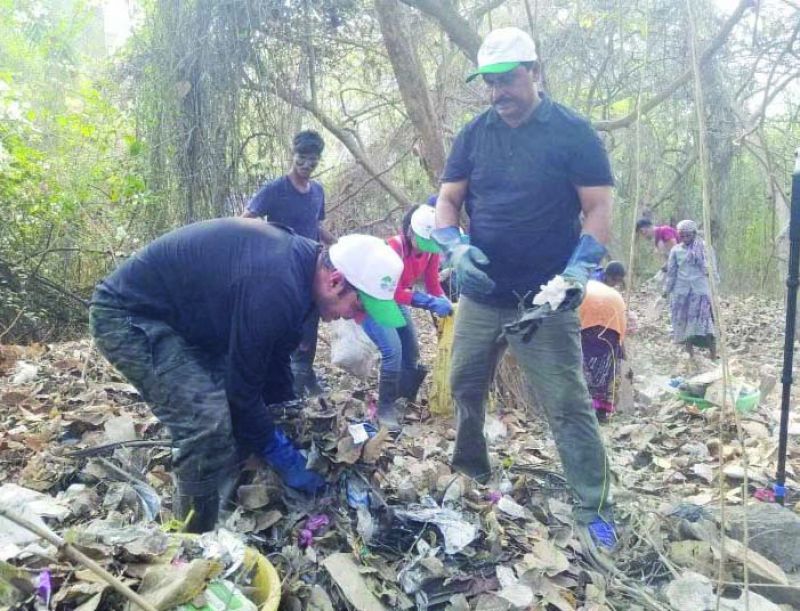 What began with just a handful of volunteers and forest officials soon saw an overwhelming participation of 15,000 volunteers within three months’ time.

The idea is to explain to residents why these patches of land are important, says Sarthi. “We’re trying to clear the misconception amongst youngsters that mangroves are only wastelands. While the cell has already deployed cleaning workers that remove garbage on a daily basis in the area, it was important to engage citizens as they could see and understand for themselves how littering in rivers and seas are ruining the mangroves.”

Officials from the mangrove cell claim that while a large pile of waster — comprising mostly of plastic bottles — is being recovered each week from the areas, it’s mostly the garbage from the sea that’s thrown up during tidal actions. 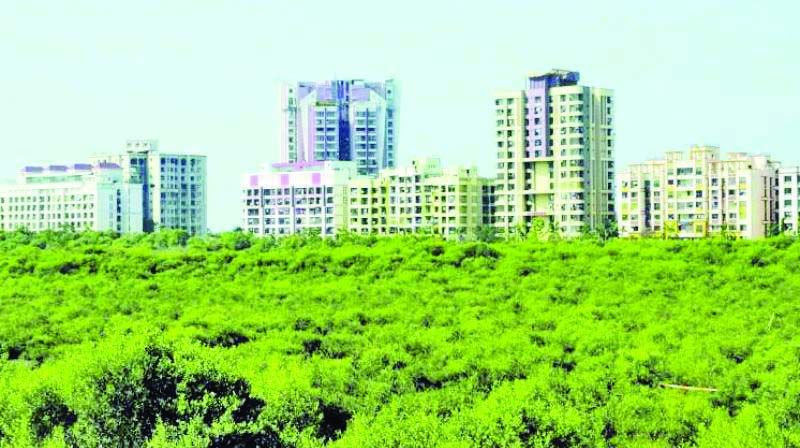 “We’ve been organising regular clean ups in these areas with our workers earlier too. However, we realised that the accumulation of waste in the mangroves have now become unmanageable,” sighs N. Vasudevan, additional principal chief conservator of forest, state mangrove cell. “We have to get to the core of the problem, which is educating citizens to not litter in the rivers and beaches. That was the motive behind starting this campaign, and we’ve got a tremendous response from citizens.”

Around 12 colleges from Mumbai have sent volunteers for the campaign till now. Says Pitam Mondal, coordinator, Rizvi College, “The drive is not just helping our students have a better understanding of green spaces in Mumbai, it’s also sensitising them towards the menace of garbage, and how it’s affecting our environment.”

Why are mangroves important?
Mangroves are buffers between the land and the sea. Coastlines throughout the world are facing serious problems of erosion. The threat of rising sea levels due to global warming has increased the threats by several folds. To control such an assault of the sea on land, the nature has provided what are called mangroves, tropical littoral ecosystems, which are more dynamic than the sea itself.

Mangroves not only help in preventing soil erosion but also act as a catalyst in reclaiming land from seas. This is a very unique phenomenon, since there is a general tendency of water to engulf land. Mangrove forests and estuaries are the breeding and nursery grounds for a number of marine organisms including the commercially important shrimp, crab and fish species. Hence, loss of mangroves not only affects us indirectly but there are direct economic repercussions through loss of fishing industry.
Source: Soonabai Pirojsha Godrej Marine Ecology Centre