The response to rape, be it legislative or policy or activism-oriented, has been largely framed around a band-aid solution. 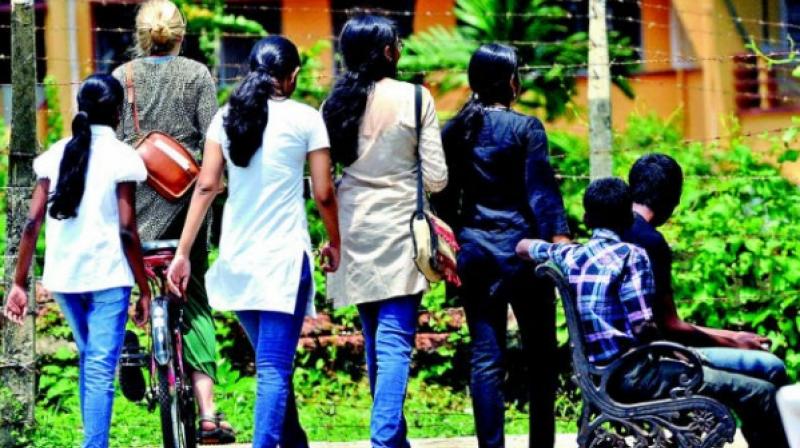 Girls can’t go to school because the route to school is peppered what India calls ‘eve-teasing’. (Representational image)

Three years ago, the infamous Badaun incident shocked the nation. When his daughter and another girl — aged just 14 and 15 — went missing, a man went to the police and literally fell on his knees, begging for assistance to find them. But they laughed at him, told him to go home and did nothing to find the girls. Later, the girls were found hanging from the same tree, which grabbed international attention and the outrage forced the cops to wake up and act, culminating in the arrest of five men and the dismissal of the cops. Compounding this outrage is the insensitivity of a number of media organisations, that brazenly shared the images of the girls hanging from the tree. We cannot help but ask: whatever happened to dignity and privacy?

The response to rape, be it legislative or policy or activism-oriented, has been largely framed around a band-aid solution. Here’s what we’re losing touch with: the lack of change at the grass-roots level.

The brazen disregard of the status of women relegates them to the position of second class citizens. This sets in process a sort of a chain reaction as women find themselves forced to suffer in silence without access to healthcare, education and justice, simply because there is no security for them. Girls can’t go to school because the route to school is peppered what India calls ‘eve-teasing’. Women can’t access healthcare because there are either no facilities at all, or the only ones in place have effectively placed barriers of many kinds. Girls and women cannot speak out against any of these because of the perennial sword of patriarchy hanging over their heads.

These girls were forced to leave their houses at the late hours to use the only toilet in the village.

Though the fact remains that these girls are — and for that matter, any person is — entitled to go out in the morning, evening or night. But it is also true that the isolation and the sheer lack of access to their own facilities forced them out and the perceived opportunity fed into the already prevailing antagonism against women by being an enabling environment.

Every crime needs an enabling environment and rape is no different. What if these girls had access to their own clean water, their own toilets and their own privacy? They might not have had to go out in the night to face a tragic fate. I am not seeking to justify the actions of the men or alleviate them of the blame, but rather want to suggest that any approach to rape and sexual violence must be comprehensive and multi-faceted in tackling the pressing need of shifting mindsets.