Anaphylaxis is increasingly preventable and treatable, which is wonderful news. 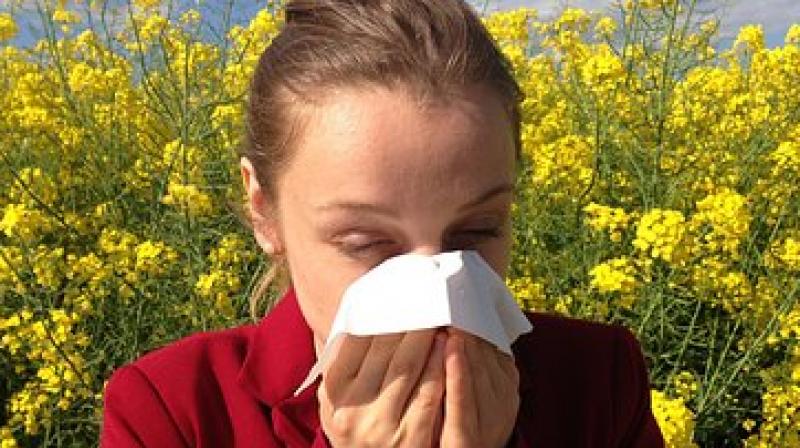 Anaphylaxis is a serious and potentially life-threatening condition that typically occurs within seconds to minutes of an allergic exposure. (Photo: Pixabay)

Parents and caregivers should know what to do when an extreme allergic reaction known as anaphylaxis occurs, according to a new resource published in the medical journal JAMA.

Adults should be aware of the signs and symptoms of this kind of reaction and be prepared to respond with an emergency plan and epinephrine injections, if needed.

“Pediatric allergy reports are increasing in incidence - it is unclear whether this is increased recognition or a true increase in incidence - regardless, it is a public health issue as food allergies are common and have various degrees of presentation,” said Dr. Elliott Melendez of Johns Hopkins All Children’s Hospital in St. Petersburg, Florida, who co-wrote the one-page primer intended for patients and caregivers.

The content of the page is based on recommendations given by the Centers for Disease Control and Prevention. The resource emphasizes the symptoms and treatment of anaphylaxis caused by foods, medications or insect bites.

The primer was published alongside a summary of guidelines for physicians for preventing and treating peanut allergy, which afflicts 2 percent of children and 1 percent of adults in the US, and is the number one cause of death due to food-related reactions.

Anaphylaxis symptoms can include vomiting, throat swelling, face or lip swelling, rash or feeling faint. The only treatment, according to the primer, is subcutaneous epinephrine from an injector such as the EpiPen.

“Parents and patients most commonly see mild symptoms and delay treatment first by administering diphenhydramine (Benadryl) when epinephrine should have been administered,” Melendez told Reuters Health by email.

Anaphylaxis is a serious and potentially life-threatening condition that typically occurs within seconds to minutes of an allergic exposure, the resource says, but some reactions can be delayed for several hours. Symptoms typically involve more than one organ system, so one symptom alone, such as hives, doesn’t mean anaphylaxis. Multiple symptoms, such as hives and difficulty breathing at the same time, are more of a concern.

“Parents should understand what’s happening when multiple parts of the body are involved. What does belly pain have in common with itchy eyes for their children?” said Dr. Stephen Tilles of Northwest Asthma and Allergy Center in Redmond, Washington, who wasn’t involved in the guide.

“As horrible as anaphylaxis can be, it’s one of the easiest conditions to resolve,” he told Reuters Health by phone. “Having an action plan, as well as an epinephrine injector, are the keys to responsive treatment.”

The resource advises avoiding exposure to foods, medications and insects that spark allergic reactions, as well as teaching children how to protect themselves. It also suggests having two epinephrine injections available and encouraging your child to wear a medical alert bracelet.

The authors also note that a second anaphylactic reaction can occur within 24 hours without a second exposure to the allergenic substance. One in five children have a second reaction, and the only way to decrease the likelihood of this happening is to make sure epinephrine is given as soon as possible after the onset of symptoms, according to the resource.

“Anaphylaxis is increasingly preventable and treatable, which is wonderful news,” said Dr. Chitra Dinakar, the clinical chief of allergy and asthma at Stanford Health Care in California, who wasn’t involved in drafting the resource.

“It is possible to identify the triggers, create strategies to minimize exposure to the known triggers, and devise plans of action to detect and treat anaphylaxis early to prevent harmful consequences,” Dinakar said by email. “There are also emerging treatment options to desensitize oneself to some of the triggers.”