A conversation with the pioneer

Asia’s first woman cinematographer, Vijayalakshmi, opens up about her journey and the progress women in India have made in the field. 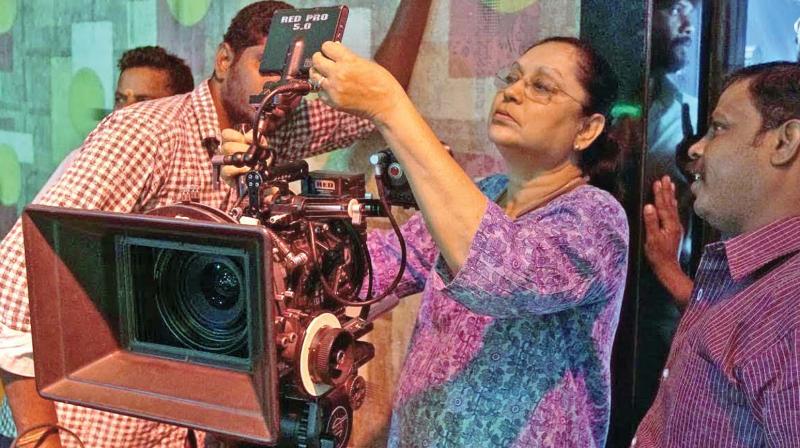 Anyone who knows about the Indian cinematography scenario, will surely know about BR Vijayalakshmi, India and Asia’s first female cinematographer. Hailing from Tamil Nadu, Vijayalakshmi  was mentored by the legendary cinematographer, Ashok Kumar, before she broke out on her own and shot 22 films independently in the 1980s. The veteran and inspiring filmmaker speaks about her long journey and her take on the development of the art of cinematography in India.

As Asia’s first woman cinematographer, what do you feel about the progress made by women in India and abroad, in the field of cinematography?

I feel that the last few years have seen a lot of progress. There are women today in every technical sphere of filmmaking including script, cinematography, direction, editing, etc.

When you started out as a DOP in 1985, did you encounter a lot of hurdles, and gender discrimination?

I hardly experienced any gender discrimination. I worked as an assistant to Shri Ashok Kumar for almost five years before shooting a film independently. So, people have seen and observed me working in the field and once I got my first break and the film was a success, there was no looking back. I also find men in the film industry liberal, and ready to trust and appreciate you if your work is good.

Do you feel there is any difference at all in the way a man or a woman shoots a film?

No, not really. The art of cinematography is the same. The way it’s being perceived and executed, depends on the individual’s personality and tastes and not by gender.

Why, according to you, is there a paucity of women DOPs not just in India, but across the world?

One of the reasons, I think, is because there are limitations for a woman when it comes to marriage and rearing children. Having a supportive spouse and family environment can go a long way towards assuring our success.

But, when I interact these days with DOPs who are men; I think the fact that you want to spend time with your child or vice versa limits your scope of work for men as well. (laughs)

What advice would you like to give to all the women who work in front of and behind the camera in the entertainment industry?

Simply to stay focused on what you do and do it well. Work every shot like it is the last one you are going to do in this lifetime. We are here for the passion of cinema and we need to have the commitment and dedication to excel. Everything else falls into place by itself.