Mahesh Dattani's latest play remembers young revolutionaries who were at the nascent stage of the independence movement. 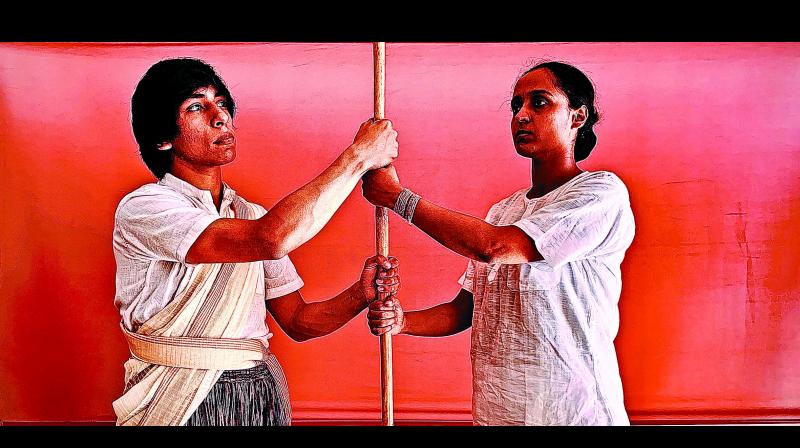 Even though Bose and Valliammai were divided by distance, time and the method of resistance, the two find a common base in their dedication for their respective movements, and their undying spirit of revolution.

In the volatile history of the Indian independence movement, Khudiram Bose is a relatively unknown name. Hanged at a mere age of 18 for an assassination attempt at the British Magistrate Douglas Kingsford in 1908, Khudiram’s notability is limited to Bihar and West Bengal, where his life has been given a mythic repute, at an instance even calling Subhash Chandra Bose his reincarnation. Miles away, in the capital of South Africa, a 16-year-old Thillaiaadi Valliammai of Indian origin was rallying women for Mahatma Gandhi’s satyagraha against the apartheid policies. She too died young after contracting an illness during her imprisonment.

Even though Bose and Valliammai were divided by distance, time and the method of resistance, the two find a common base in their dedication for their respective movements, and their undying spirit of revolution. Hence, to bring forth their story, and to explore how passion drove these adolescent youths into maturity, the eminent playwright and theatre director Mahesh Dattani is staging a play called Snapshots of a Fervid Sunrise. “I wanted to explore how these teenagers got this vision. What made them take these extreme measures for a higher cause at such a tender age?  I thought it would make for a very good dramatic material to just look at them as humans in their tender years, and what made their voice of passion so strong,” reveals Dattani.

To answer his own riddle, Dattani spent some time researching their life stories, but found an answer by looking at the modern-day young revolutionaries such as Malala Yousafzai and Greta Thunberg. “For me, what I could surmise was that some of us are born with a higher empathetic level. We are humans because of our empathetic levels – the more we feel, the more we are humans,” he says before adding that in the play he has given the two characters very high empathetic levels. In fact, the lack of empathy in people today itself gives the play relevance, as the director elaborates: “We are not attuned with our empathetic side, and our empathetic value is lying dormant. It’s as simple as being attuned to the concerns of the people of your time and place.”

Further, it’s the genius of Dattani’s craft that he uses poems and songs to thread the two life-stories together in the play. Since Bankim Chandra Chatterjee’s ode to motherland Vande Mataram was written during Bose’s time, one could see a connection forming between Bose’s patriotism with the lyric en vogue. To Valliammai, the director gave a famous invocation to the Tamil goddess. “I thought there should be some unity in their voices trying to find expression through songs,” he reveals.

Moreover, the props are metaphorical of the two character’s life stories. “I have used a metaphor of winnowing rice for Valliammai. There is a scene where she is winnowing rice and saying ‘the more we go up and come down and fall, the purer we get, and stronger we’ll become’. The rice grains, thus, become the number of people striking as well against the unjust government,” illustrates the playwright. A bright red fabric is also used in various scenes denoting oppression among other things.

Interestingly, the title of the play is also nothing short of a vivid metaphor. In the history of Indian freedom movement, some names preceeded over others as the frontrunners, and names such as Bose and Valliammai’s became obsolete. It is to remind the audience of such countless freedom fighters that Dattani chose Snapshots of a Fervid Sunrise as the title. “People like these were at the sunrise of the revolution. So, these are the sunrises that we missed to see because we woke up a little late. These are fervid sunrises that the blazed the trail for other freedom fighters to follow.”

Even though Snapshots of a Fervid Sunrise was written four years ago, it’s by Dattani’s design that he is bringing the play into production in today’s adverse social and political climate. “Because of the current situation, I feel that the play is relevant to us. The fact is what people such as Aishe Ghosh and Greta Thunberg are doing today is just as valuable, and only the history will tell and give a permanent place to these young leaders,” says the playwright.

The play will be performed tomorrow at St. Andrews Auditorium, 7:30 pm and 9pm onwards, and on February 22 at NCPA, 7:30 pm onwards