Beauty and the Beast mashup with Lord Voldemort goes viral 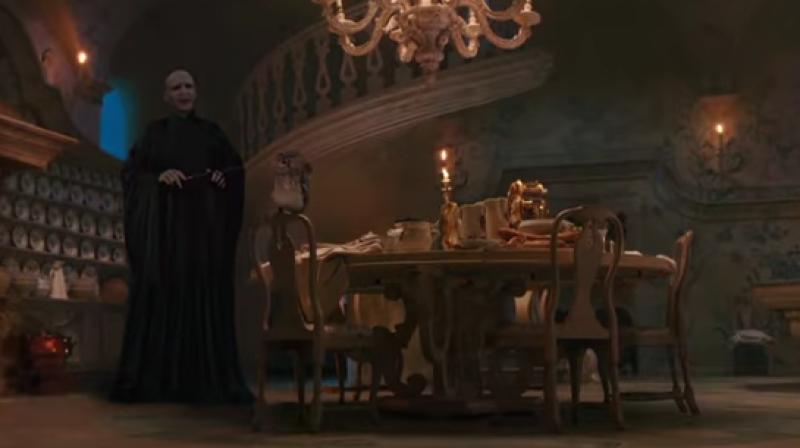 Voldemort is see talking to the candle and the tea cup from Beauty and the Beast. (Photo: Youtube/PistonShrimps)

Mashups are always fun and there is nothing better than a classic Beauty and the Beast along with Lord Voldemort. While Harry Potter fans might think it would be bad to ruin the Rowling series, the video certainly does justice to both stories. The video has elements from both the stories and it is pure creative excellence when you look at it.

The video which has gone viral on Youtube is made by channel Pistol Shrimps that has done many other movie mashups including Captain America, Lord of the Rings and more but this Beauty and the Beast meets Lord Voldemort is really hilarious. Belle is everybody’s favourite Harry Potter character Hermione Granger and Voldemort plays Beast in the Literature classic. While Hermione seems to be attracted to Voldemort in the unlikeliest of situations, it definitely seems real.

All the talking cups and candles and the Hogwarts castle make the story seem almost real if people haven’t ever read the two stories. The video has already got over one lakh views since it was posted on their channel and is still going viral.