It turns out that American holidaymaker Steve Cho had overdosed on Viagra and had to be stopped by six security guards. 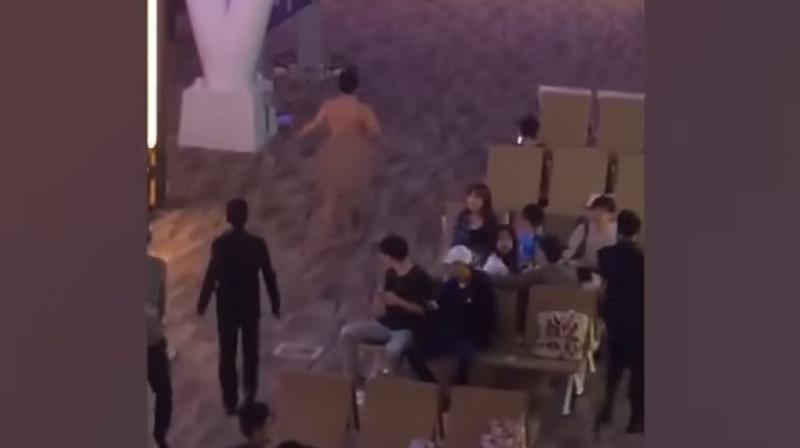 In a bizarre incident, an American tourist who had 'taken too many sex drugs' was arrested after rampaging through an airport yelling incoherently and throwing his feces at the staff present there.

He was strolling around naked while smashing airport shop goods.

The 27-year-old, from New York, who underwent a psychiatric assessment following his arrest, is said to have told police he had 'taken too many sex drugs' including viagra before the incident which saw him throw his own excrement at terrified travelers.

In an article published in MailOnline, one onlooker Wannee Ming, 28, said that it was the scariest and most disgusting thing she ever saw at an airport.

Cho reportedly apologized for the outburst and agreed to pay any damages.

A statement from Phuket International Airport said that officers had to arrest the man.

Cho was taken to the local police station before officers sent him to a nearby hospital for medical checks and a routine psychiatric assessment.