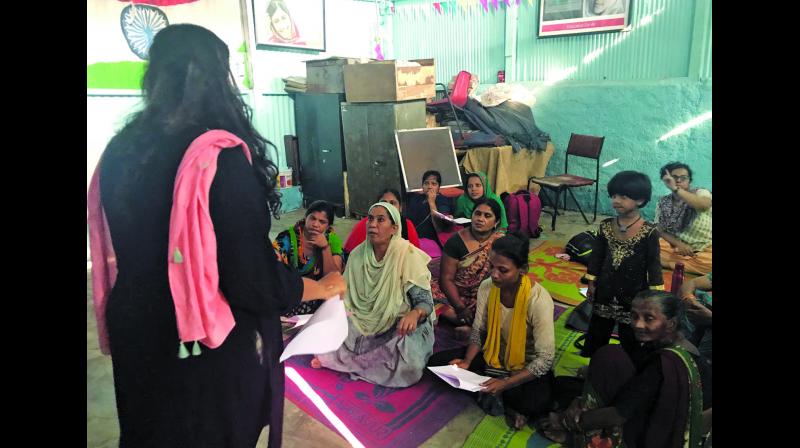 The 40 volunteers, who range from 18 years of age to people in 60s, have been taught to identify the abuse, the mandatory reporting for POCSO, the process of reporting, the role of various organisations among other things.

In a bid to make urban settlements safer for children, a city-based NGO has come up with an initiative that educates and empowers the community members to take effective measures against the rampant child sexual abuse in the city slums.

For the organisation Apnalaya, which has been working with the city’s marginalised communities for 46 years, engaging people in their community’s upliftment is a more holistic way of battling issues. “If we work with the people, and they come to know about their entitlements, rights, and capabilities, it becomes easier for them to work with their local government. Our method is to help people become pro-active citizens,” delineates Arun Kumar, CEO of the organisation.

Hence, for the last two months, the activists from the organisation have been training 40 volunteers from the Shivaji Nagar area, explaining them the legal provisions made available under the Prevention of Child Sexual Offences (POCSO) Act, 2012. “These volunteers will be the eyes and the ears of the community,” says Akanksha Kulkarni, Counsellor at the Prevention of Violence against Women and Children (PVWC) department of the NGO. Further, a ‘Bal Suraksha Mela’ has been organised today for these volunteers to engage and guide their community members in how to deal with the child sexual abuse.

In a data produced by the NGO, Kumar claims that in the Police Zone VI of the East region, the number of POCSO cases are maximum in the city. Hence, in an area where the child sexual abuse is pervasive, Kulkarni was surprised that not a single case had come to their doors. Therefore, they decided to engage the members from within the community to start a dialogue about it.

Talking about the advantage of training volunteers, Kulkarni explains, “If we talk to the people from the community, they will always give us desirable answers and reactions because we are outsiders. Instead, it would be easier for the members to talk about the stigmatised issue and trust people who are giving them information if they belong to the same community.” Additionally, the training empowers these individuals to deal with such society-evils on their own might. Adding to that, Kumar says, “We are trying to do periodic awareness building in the community through which you are building a bridge between the community and the law-enforcing bodies.”

The 40 volunteers, who range from 18 years of age to people in 60s, have been taught to identify the abuse, the mandatory reporting for POCSO, the process of reporting, the role of various organisations among other things. And at the culmination  of this training at the mela, these volunteers will share the knowledge with the community. “At the mela, everybody will have access to the volunteers who are going to set up stalls and will take people on a journey right from busting the myths to how to spot signs and symptoms and so on,” says Kulkarni. Whether it is to educate parents on how to talk to their children about sexual abuse or to inform them about the duties of police, the mela intends to be the go-to stop to get all the abuse-related doubts cleared. In fact, the legal organisation Majlis is also participating to provide legal access, assistance, and understanding of such cases.