Man forgets to put sunscreen, ends up with massive dent on forehead

Cade Huckabay tweeted some photos of himself that is re-inforcing the importance of wearing sunscreen all over. 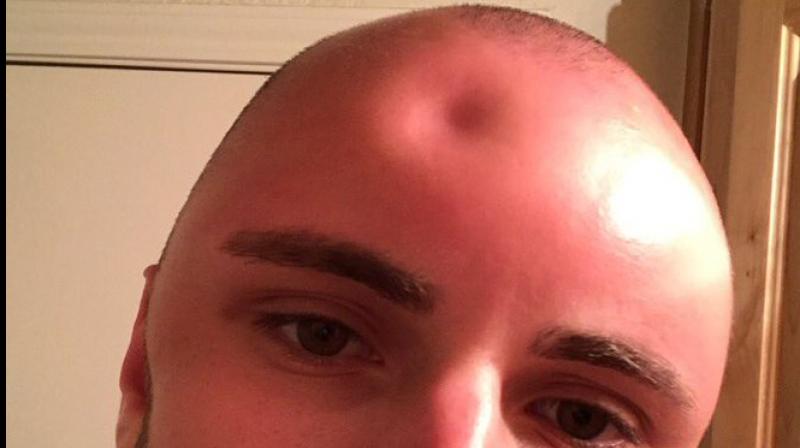 He shaved his head and went outdoors, it got severely sunburned and became swollen. (Photo: Twitter/CadeHuckabay)

A young man from Texas, US was only hoping to experiment with a new hairstyle but ended up with a massive dent in his forehead.

21-year-old Cade Huckabay tweeted some photos of himself that is re-inforcing the importance of wearing sunscreen all over.

One time I shaved my head, got severely sunburned, & swelled up just a little bit :-) pic.twitter.com/9FWw3jcdYf

Cade explained that he only wished to try a different hairstyle but when he shaved his head and went outdoors it got severely sunburned and became swollen.

He advised people to wear sunscreen

Welp I shaved my head because I wanted to see what it’d look like at basic. Then I decided to get sunburnt af and this happened.. word to the wise, wear sunscreen😂

He joked that he once tried to dent his swollen head and the dent stayed there for half an hour.

Huckabay told Inquisitr that he hopes his swollen head with the massive dent will remind people to wear sunscreen. "I don’t want people following in my footsteps," he said.