With air pollution at unprecedented levels, the city has become a virtual gas chamber and it is certainly ‘killing’ all outdoor plans. 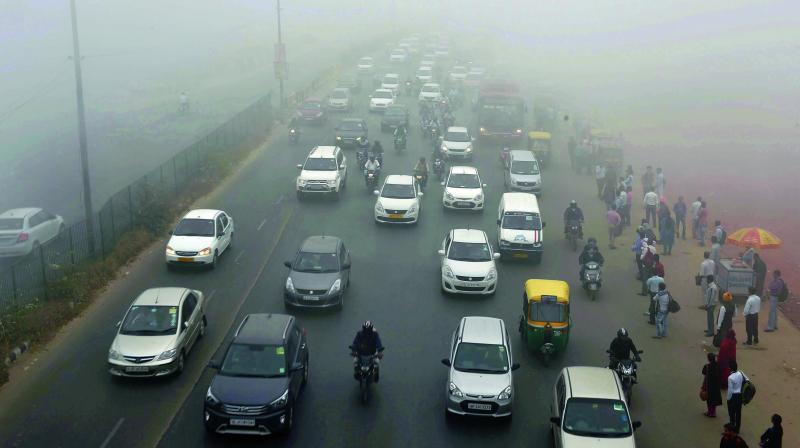 The deteriorating air quality has added to the misery, leading to a sharp surge in cases of respiratory problems and doctors doing overtime.

The new reply to the usual question of “Aur kya chal raha hai” these days is “Smog chal raha hai.” But sadly the joke is on us! The capital and other parts of NCR have been shrouded by a dense cover of smog. The deteriorating air quality has added to the misery, leading to a sharp surge in cases of respiratory problems and doctors doing overtime. Tourists with plans of enjoying Delhi winter are preferring to stay in their hotel rooms instead of exploring the city. And Delhiites too are exercising caution and cancelling most outdoor activities and fun plans.

Schools have been shut down for a few days, but the kids can hardly rejoice as playing out in the sun or whatever of it is visible, is not recommended. When asked about the “house arrest”, Delhiites had some not-so-happy tales to narrate. “I used to play with my dog every evening but now I can’t even step out into my garden as I’m so worried about the effects of the smog on my dog and also on me,” says Anju Talwar, a homemaker living in Gurgaon.

“As schools have been closed for four days, many families are heading to the hills for fresh air instead of continuing breathing the deadly, toxic smog here. And my family is also packing its bags for an early Christmas vacation,” says Dhrupad Suri, a 26-year-old businessman and father of a newborn.

Joggers have stopped their morning runs, and even the most diligent morning walkers are staying in. “The joy of long morning and evening walks has come to a standstill as the very things that made me healthier have become a threat to my health. Now I do my workout at home but I am not liking it at all,” says Steffi Behl Tokas, sales and marketing manager at a reputed hotel.

Kunwar Singh, who loves playing soccer in the evenings, has a similar sad story to tell. “I can’t even step outside as the air is toxic and dangerous. I can’t go for my soccer games nor for a run in the evenings. I feel my life has been thrown out of gear,” says Singh, who is planning to visit Mumbai for a few days.

Family outings have been put on hold and the various food, heritage and nature walks are seeing a sharp dip in participation. “The overall attendance has come down. Those between 55 to 65 years are wary of stepping out for fear of getting sick. The children do attend the children’s walks but their parents are worried these days. It’s too soon to comment entirely as it’s only been few days, but, yes there has been a drop in the footfall attendance,” says Ramit Mitra, co-founder of Delhi By Foot.

When NCR was forced to stay at home