The people were shocked to see the monkey pull out fuel pipes and suck petrol from the tanks. 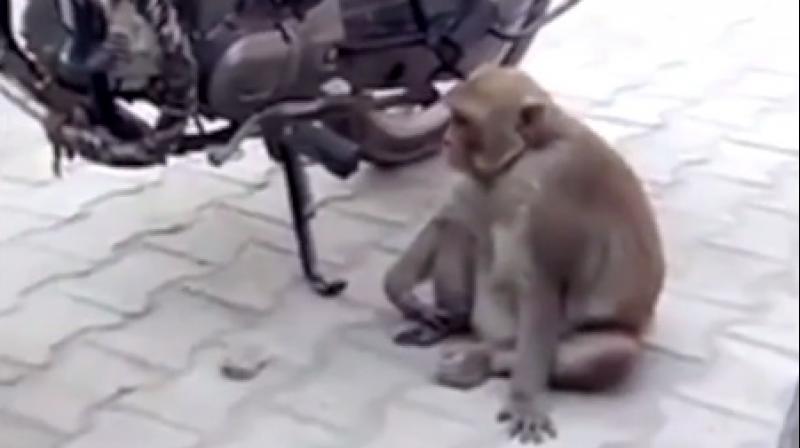 Such high consumption of petrol made the monkey constantly high (Photo: YouTube)

People across the world are known to suffer from various addictions but can such cravings develop among other species as well? While alcohol and similar substances are known to get people hooked, a similar fixation for petrol is the last thing one can think of.

In a shocking case reported from Panipat, a monkey addicted to drinking petrol was caught by a group of bike owners. The matter came to light when they held a stake out to catch the thief who had been draining fuel from their vehicles.

The group was shocked to see the monkey sucking petrol from tanks after pulling out fuel pipes. High consumption of petrol made the monkey constantly high as it even refused bananas.

The monkey finally overcame the addiction when it was repeatedly chased away by people from the parking area.