Prashant Tankara: The Face of Tomorrow!

When a handsome face also has brains to die for, you have no choice but to fall in love with him. 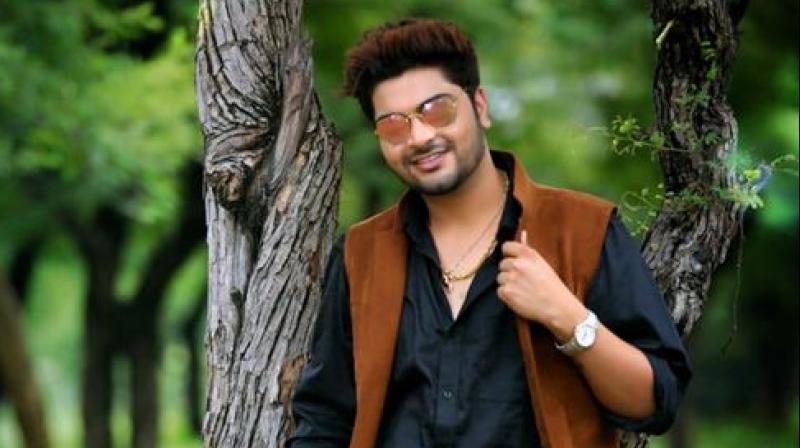 Meet Prashant Tankara who has just the right amount of brawn and brains to make any girl weak in her knees. With looks to kill for and brilliant to boot, this hot newest boy on the block is here to blow your minds away.

His career kick-started when he won the prestigious title of Mr. Pune 2018. He was instantly snatched up for modelling assignments. Needless to say, he became a famous model in no time. One thing led to another and now his first Bollywood movie is set for a grand release.

Being a model, acting was the next natural step for him. Indeed, there were numerous television and film offers waiting on his doorstep. However, he put his career on hold to complete his studies. And now that he has graduated, he wants to step into the glamorous field of acting.

With his looks and acting skills, Prashant can rest assured that he will be a superstar in no time. However, Prashant is realistic. He has no godfather in the industry, a guiding hand that will lift him up every time he falls. Prashant is aware of the fact, but has enough confidence in his talents and abilities. He is sure that he will rise up, no matter how many times he might fail on the basis of his acting skills.

But we are not too worried about his hits or flops. He's too much of an eye candy for us to worry about anything else. We just hope to see him on screen so that we can droll over him.

He has done his schooling from the prestigious Delhi Public School, Jaipur and Bakshi Springdales School, Kota. He then did his degree in mass communication from the Pacific College, Udaipur. Prashant has worked in several musical albums. Besides he has modelled for Rado watches. He was also offered serials like Maharana Pratap and It's Complicated: Love Games. He also came across a movie offer for a Telugu movie, Dangerous Janwar. With such a shining background, we hope he will find great success in whatever venture he steps into.