Now, a cancer clinic for domestic animals in Kerala

Functioning under Pathology Division of CDIO, oncology unit does cytology and biopsy of tumour samples sent from veterinary hospitals. 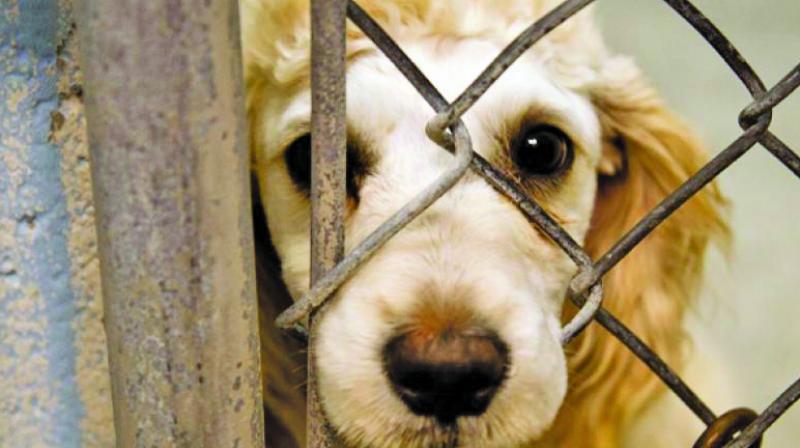 At the diagnostic unit, experts study the animal tumours, diagnose whether the lump is cancerous or not, identify the type of cancer and give advice.

Thiruvananthapuram: An alarming increase of cancer cases among domestic animals has prompted the Kerala Animal Husbandry Department to open a diagnostic oncology centre for its early detection and research.

The research from the unique centre, functioning at the state-run Chief Disease Investigation Office (CDIO) in Palode near here for the past one year, has revealed that the deadly disease prevails among a majority of pet animals, including cattle, dogs and cats.

Functioning under the Pathology Division of CDIO, the oncology unit carries out the cytology and biopsy of tumour samples sent from veterinary hospitals across the state and gives advice and information for treatment.

As in the case of humans, cancer cases are on the rise among pet animals also, says Dr Nandakumar of the Pathology Division, CDIO.

"As per the samples we get, various types of the deadly diseases, from mammary tumour to sinus cancer, are found prevalent among animals," he told PTI.

At the diagnostic unit, experts study the animal tumours, diagnose whether the lump is cancerous or not, identify the type of cancer and give advice for chemotherapy and other treatment to be carried out, he said.

The veterinary expert said that the centre has modern and advanced diagnostic facilities to identify all aspects of the disease.

"As in the case of humans, we cannot point out any particular reason for increase of cancer cases among animals.

Among dogs, it is most prevalent among high breeds like Labrador or Alsatian. But it is comparatively lower among local, nondescript dogs," he said.

Director of Animal Husbandry Dr N N Sasi said various projects in coordination with the Regional Cancer Centre (RCC) here are progressing in this regard.

"There are also plans to carry out research on whether the disease in pet animals has an adverse impact among human beings in any way through their frequent interaction,” he said.

He also wanted a separate epidemiological wing with the coordination of both Health and Animals Husbandry Departments for advanced studies and to share information on various diseases which affect both humans as well as animals.

CDIO, the state's referral laboratory for animals, is established to control and coordinate the disease diagnostic activities of the Animal Husbandry sector in the entire southern state.