Utkarsh points out that what makes these female characters the other women is the fact that they remained unhindered by society. 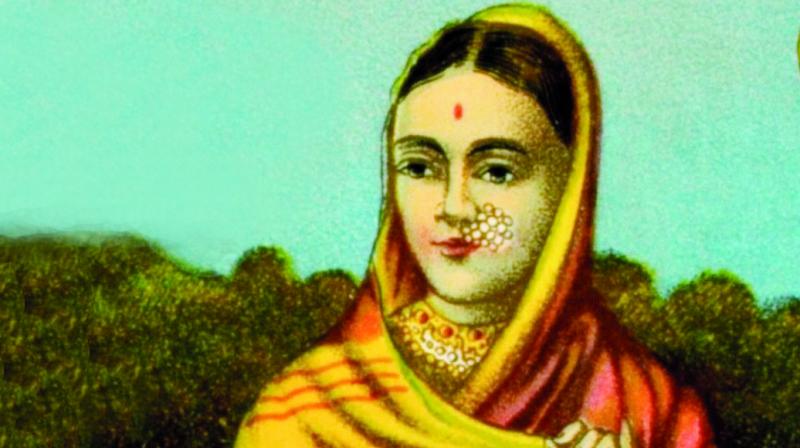 The Talking Myth project looks at female figures from the epics and puranas and compares the significance of women in societies, past and present.

When reading Indian mythology, one is awed by the mighty King, surrounded by suspense when the Knight in Shining Armour swoops in to save the Princess, sympathises with the helpless queen and sets on a different adventure with every page. And while Indian mythology is brimming with a plethora of fascinating characters, what’s most interesting to note is how women are portrayed in these age-old stories.

Draupadi, Ahalya, Kunti, Tara, Sita — who were these women? Were they mere supporting characters for the story of a hero, or were they strong women who didn’t let society hinder their ambitions? Utkarsh Patel, mythology author and a professor of comparative mythology at the Mumbai University, aims to explore the answers to just that. “While people are well aware of the popular versions of the stories, not many people know the alternate, folk versions of the stories,” says Utkarsh. And this is how The Talking Myth Project come to be.

The project looks at some popular and some obscure figures from epics, puranas, and other forms of traditional literature that explore the significance of women in societies past and present. Helmed by three professionals, Dr Vidya Kamat, an artist; Arundati Dasgupta, an author; and Utkarsh himself, the initiative also aims to bring their experiences surrounding the knowledge to the fore.

Utkarsh reveals that the impetus behind the initiative was to keep the tradition of storytelling alive and revive oral tales that would otherwise soon vanish from our culture. “Today, we are all stuck to our iPhones and our iPads that we barely have time look up and listen to a story or two,” he rues.

But even as the trio aimed at sharing forgotten stories from the past, one of their major interests was the portrayal of women in Indian mythology. Good Wives, Virgins and other Women in Myth explores this subject. “Indian mythology sees women as appendages, as the second fiddle, with no significant role,” points out Utkarsh, adding, “Consider how women are always playing the supporting role — one who is kidnapped, in trouble, the damsel in distress. And if she is to play a negative role, she is the temptress, the seductress. He is quick to add that this is a story, however, that is prevalent across all mythologies, irrespective of the culture.”

What brings Draupadi, Ahalya, Kunti, Tara and Sita to the limelight in this talk is how, throughout Indian popular mythology, they are portrayed as virgins — the panch kanya. “It is reiterated multiple times that all these characters are virgins. But, all of them have had multiple partners — then what makes them virgins, kanyas?” questions Utkarsh. Elaborating on his perspective, the professor points out that mythology is written largely by the men, for the men. “For instance, when asked who is Sita, one is quick to answer that she was Ram’s good wife. But have you ever wondered what makes her the good wife? The definition of the good wife is the mystery that needs to be figured,” he says, adding that the kathakar (or storytellers, sages) who wrote these stories weren’t just writing empty tales. “They were setting an example for thousands of girls and young women for over hundreds of years — of how girls and young women should behave, how they should act, what they should say, what they shouldn’t.”

Considering how permeable these values and ideas are in Indian culture, Utkarsh doesn’t exclude ‘the other woman’ from the narrative. Mythology is riddled with ‘the other women’ (think Kaikeyi and Shurpanakha from the Ramayana). Utkarsh points out that what makes these female characters the other women is the fact that they remained unhindered by society. “What’s so wrong with professing your love for someone? Why was Shurpanakha the bad woman?” he questions.

The Good Wives, Virgins and other Women in Myth will be conducted today, from 7 pm to 8.30 pm, At Studio Tamasha, Andheri (W)