Restorations being made to birthplace of King Arthur 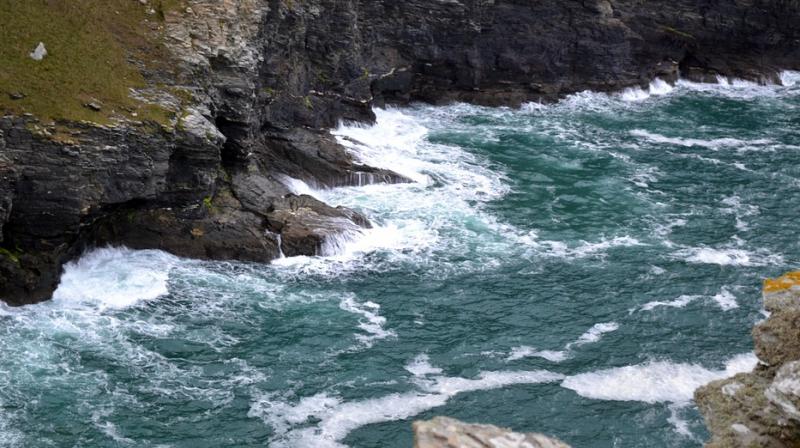 The site’s history is intertwined with the legend of Arthur, prompting the Earl of Cornwall to build a castle between 1230 and 1240, half on the mainland and half on a jagged headland jutting into the sea. (Photo: Representational/Pixabay)

London: A new narrow footbridge spanning a near 60-metre gorge will open this weekend, restoring a lost crossing to Tintagel castle, legendary birthplace of King Arthur, on the windswept coast of southwest England.

Made of steel, local slate and oak, the 5 million pound ($6 million) bridge almost 60 metres above sea level will reconnect the two halves of the castle on the north Cornish coast.

A 40 mm gap in the middle is designed to represent the gap between the mainland and the island, the present and the past, and history and legend, according to English Heritage which built the bridge.

The site’s history is intertwined with the legend of Arthur, prompting the Earl of Cornwall to build a castle between 1230 and 1240, half on the mainland and half on a jagged headland jutting into the sea.

The two sides were connected by a landbridge which slowly eroded over time between the 13th century gatehouse on the mainland and the courtyard on the headland. The two sites have been connected until now by deep steps.

“Tintagel Castle has been made whole again,” said Kate Mavor, English Heritage’s Chief Executive. “Once more, people will cross from one side of the castle to the other and their footsteps will echo those from hundreds of years ago.”

The bridge is made of two independent cantilevers of approximately 30 metres long that reach from either side of the gorge and almost meet in the middle, English Heritage said.