The other cities are Bengaluru, Delhi, Chennai, Hyderabad, Ahmedabad, Kolkata, and Lucknow. 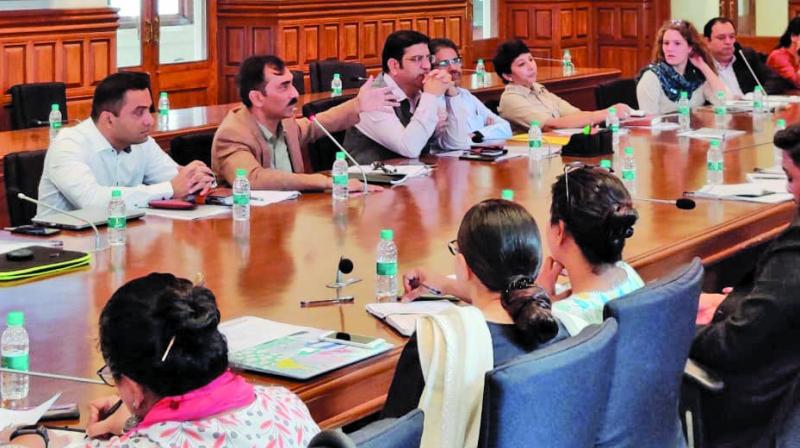 The participants of this interactive workshop included police personnel and first respondents like doctors and prosecutors.

Under the Safe City - Nirbhaya Initiative, Mumbai Police is strengthening its infrastructure, technology, capacity-building, awareness, and outreach to make the city friendlier for women and children.

In the wake of 2012 Nirbhaya gang rape, the Government of India had announced the Nirbhaya Fund Scheme in their 2013 Union Budget, which intended to support non-governmental organisations and government bodies working towards building a secure and safe city for women and children.

Under the Scheme, Safe City — Nirbhaya Initiative — a flagship project by Ministry of Home Affairs has now being designed to fuel the states and Union Territories to strengthen their measures in ensuring a safe environment for women in metropolitan areas. And in its first phase, the scheme is to be implemented across eight metro cities, including Mumbai.

Laying the foundation stone for the same, a workshop was held for all the concerned stakeholders at the Mumbai Police headquarters earlier this week. The participants of this interactive workshop included police personnel and first respondents like doctors and prosecutors.

Himanshu Goyal, Principal Consultant at PwC India, who is serving as the Project Management Consultant on this initiative elaborates that the Mumbai Police has charted out five buckets of initiatives, namely in infrastructure, technology, capacity-building, awareness, and outreach under the scheme.

“The workshop was regarding the capacity-building initiative, in which Mumbai Police is intending to train all the first respondents — police, doctors, medical staff and public prosecutors — associated to any women related criminal case,” he explains.

Mumbai Police spokesperson, DCP Pranay Ashok, further tells that the goal of the workshop was to familiarise the stakeholders with each other and to ideate on future strategies “The workshop was held to bring a perspective into the issue, and to know their (stakeholders) expectations from this initiative,” he adds.

According to Goyal, Mumbai Police aims to take a 360-degree approach towards the five initiatives and has identified a total of 25,000 stakeholders.

“In which, around 21,000 are from law enforcement (from Police Constables, Police Inspectors to Senior Police Officials). Four thousand and two hundred medical staff and doctors; we are targeting all the major hospitals, medical colleges, and other associated hospitals as well. And around 200 public prosecutors have been brought together to get trained as part of the training and capacity building track,” he shares.

In addition to the training, the initiative will also see introduction and enhancement in CCTV and drone surveillance, public address system, emergency call box, SOS modes, cyber forensics, street illumination, feedback call center and awareness campaigns for making the city friendlier for more than 57 and 18 lakh women and children, respectively. And not just that, the authorities also envision sensitising the police forces, making them more gender-sensitive and empathetic towards the society in general.

Moreover, a decision has been taken to incorporate NGOs in training the first respondents. “Twenty-two NGOs were invited to the workshop. We discussed their experience and capabilities in this field, since they are the people on the ground, working very closely in such situations,” says Goyal.

Since the primary objective of the scheme is to make areas of the city accessible by women and children, an expected outcome includes making public places and deserted areas safer for both the demographic.

The aim is also to change the obstructive mindset towards the police and other law enforcement agencies, by making them more approachable to the people. For prompt action, the Mumbai police are working towards shortening the response time in case of distress situations. The authorities also plan to generate awareness by educating Mumbaikars on the related laws, recourses, and their consequences.

The scheme to be funded by both, the Centre and the state in the 60:40 ratio and Mumbai has been allotted with Rs 252 cores to give life to these objectives.