Spirit of the street

Graphic designers from all over the country are giving street shops in Delhi a new, bold, vibrant look for the 2018 edition of ‘Indianama’. 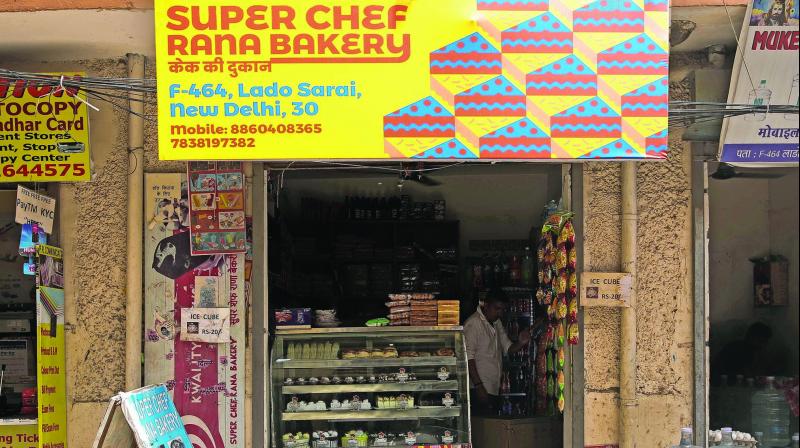 The street businesses of Delhi are mostly known to people through word of mouth.

Indianama’s 2018 edition is bringing 71 artists of distinct and creative abilities to transform the streets of Delhi. For India’s 71st independence day, Kunel Gaur, who is the creative director of the agency that started Indianama, thought “it would be nice to reach out to the streets and make good design accessible to those who least understand it, let alone use it.” Graphic designers from all over the country are transforming street shops and as a result, producing a completely new urban space for people to interact and engage in.

For the spaces and the businesses that are getting a new look, this venture is beyond any artistic satisfaction, the artists are also extremely involved and content with being a part of this. Pragyesh Parmar, who is a 28 year old from Delhi, says, “My idea is that my design should connect with the people and not be something they can’t even relate to. I’ve made decent vintage designs for the street audience. I wanted to convert the street visual into a new era design.” 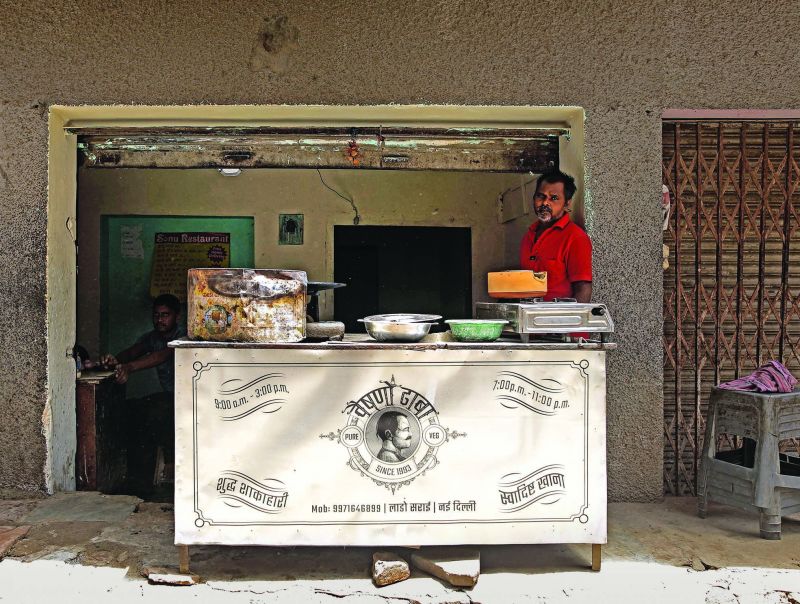 The businesses that are a part of this initiative include food stalls, dhabas, electric and hardware shops and many more. Pragyesh is helping an electric hardware store, aesthetically this is much harder to approach than a chaat stall which can be drowned in colour and made to look as appealing to the eye as possible. However, his artistic process is focused on “picking the elements of electrical nature, like the heavy motor complicated structure, copper wire fitting, mechanic look and the smallest  patterns and structures of other parts of the machine to form a solutionary design.”

Abhishek Chaudhary, who is reworking the look of Vaishno Dhaba in Lado Sarai, believes this is a unique way of interacting with the street and its people. His process is based on the aura of the place which he thinks exudes simplicity and humility. “Often when people talk of designing for a dhaba, the tendency is to gravitate towards a kitschy, pop-art/truck art direction. I wanted to refrain from that and create a design which was simple, contextual and elevated the dhaba from a simple eatery to a culinary institution.” For Abhishek, graphic design is a tool to give Vaishno Dhaba “its history back.” With this initiative, art has gone beyond its often misinterpreted essence of beauty and empowered our streets. 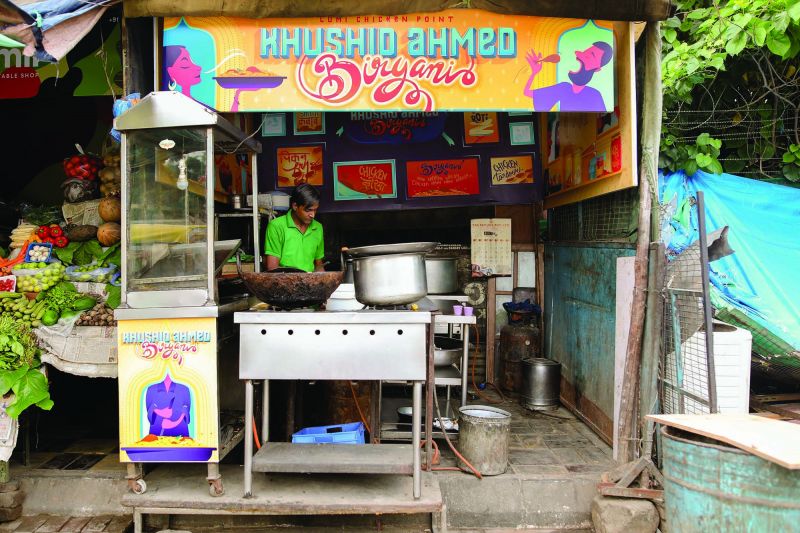 According to creative director  Gaur, we’re at a ‘post-reinterpretation’ phase in the timeline of where we’re coming from and where we’re headed. “We’re contemporising our heritage and culture — giving birth to new vantage points that show different sides of India to everyone looking over,  as opposed to one universal definition of India as a heritage state. We’re giving up clichés, and paving way for a more contemporary version of the Indian aesthetic,” he explains.

The street businesses of Delhi are mostly known to people through word of mouth. By making them more visible in the street-space, this venture goes beyond art and design. Gaur says, “They’re (the vendors) loving the change in their business identity, some are even recommending others to go for it. And those who initially refused being a part of it are now asking us to consider doing it for them.”

Spaces also dictate the way people behave and transformation can often come at a price and people might have to lose the authentic feeling around it. However, Gaur wishes to “take design to India’s original showplace and transform it without disturbing the things that make it charming. Whether it’s handmade/hand-painted typography on the signages, or murals on the walls — they’re making sure the spirit of the street lives on.”