Indian artist redraws Spider-Man in a thong to highlight sexism

Images are part of a set of revamped comic book covers that aim to highlight the “sexist” depiction of superheroines. 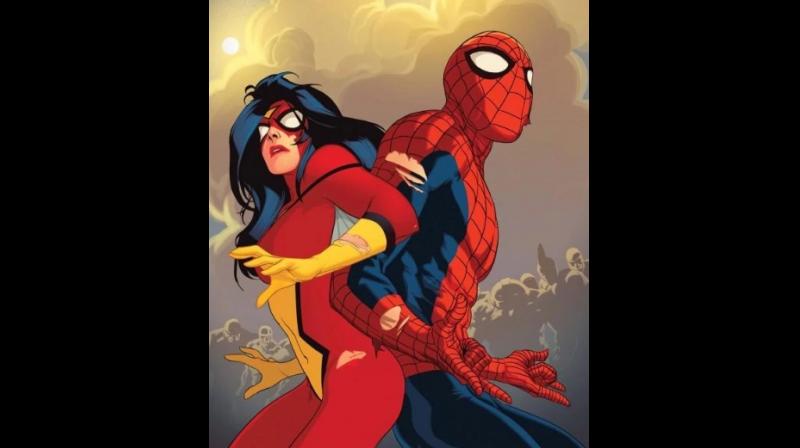 New Delhi: Fancy seeing Spider-Man in a thong? Or Superman in a skimpy leotard? These images are part of a set of revamped comic book covers that aim to highlight the “sexist” depiction of superheroines, the artist behind the project said on Tuesday.

Shreya Arora, a 21-year-old graphic design student, made six drawings and juxtaposed them with the original covers of comic book giants Marvel and DC Comics that show scantily-dressed women in sexually suggestive poses.

“I have been reading comic books for a while but increasingly I noticed that while the stories inside had become a lot more inclusive and empowering to women, the covers did not necessarily follow,” she told the Thomson Reuters Foundation.

“I decided to take the covers with really demeaning or sexist portrayals of superheroines and recreate them as superheroes ... I wanted the shock value to get a conversation started.”

Critics have long accused the male-dominated comic book industry of representing women as hypersexualised objects of desire, given secondary roles and less dialogue than men.

Observers hailed last year’s blockbuster hit “Wonder Woman” - the first superhero movie to star a woman since 2005 and the first to be directed by a woman - as a sign of changing times.

One of Arora’s drawings shows a bare-chested, masked Spider-Man in a thong, holding a strategically-placed beach ball in front of his groin, while another has Iron Man crouching in a pose that accentuates his apple-shaped posterior.

Only about 27 percent of all Marvel and DC Comics characters are women and just 12 percent of mainstream superhero comics have female protagonists, according to a study by the digital platform, The Pudding.

“Females are more than twice as likely to be given a name that may make her seem weak, less dangerous, less aggressive and not on equal footing with male characters,” said Amanda Shendruk, author of the study.

Arora said her next targets are Indian comics, which often depict women as accessories or as annoying wives, and to teach children about feminism to help curb sex attacks in India.

More than 100 cases of women being raped were reported daily in 2016, according to government data.

“You can look at sexual assault as a problem but it is basically because of rape culture that exists in our country and I want to get to the root of the problem - combat sexism and misogyny from a young age,” Arora said.