Major General Vikram Dogra is the first Indian to have completed the tough day-long triathlon in Austria this July. 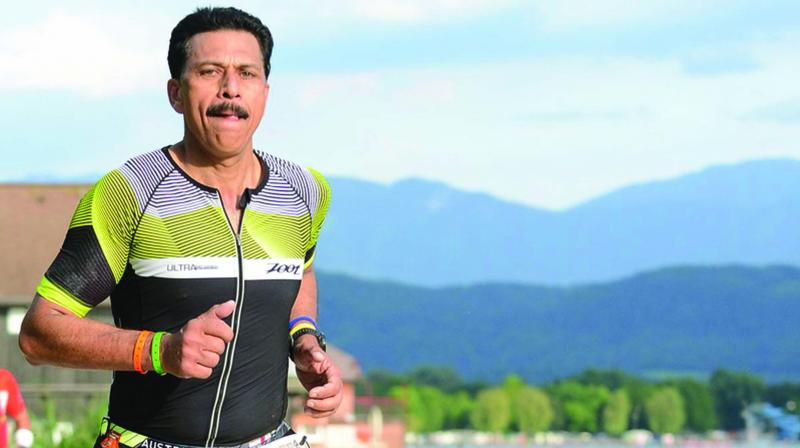 This is a saga that embodies grit and determination. It has all the right ingredients for a compelling biopic. Major General Vikram Dogra has ensured that the Indian Tri-colour will continue to fly high. He is the first person from our country to have successfully completed the Ironman Triathlon in Austria earlier this year.

“The Ironman Triathlon is the most gruelling one-day event in the world. The event is a test of physical endurance and mental strength. In order to accomplish this, a person needs to be committed, focused, passionate and disciplined. The event makes one realise the heights of what we can achieve when we push beyond our physical limits,” says the man who has walked the talk.

Spokesperson Col Amman Anand has applauded his efforts by issuing a formal statement: “He is the only serving army officer from the Indian Army to have done a full Ironman and the only General across the globe to have done so.”  High praise from the high command, but Major Dogra responds with humility. “The feeling that I was the first serving army officer and the only General in the world to complete an Ironman was indeed exhilarating. However, I was in it for a personal cause and not to attempt to be the first to do so. I must also mention that I got an overwhelming response and support from the army fraternity as well as from the entire country once they found out that I had done the Ironman. It was a very humbling experience and I am indeed grateful to one and all who cheered me on,” he says.

A feat such as this calls for immense discipline and hardcore training. Major Dogra takes us through the gruelling pre-prep phase. “The training includes both mental and physical conditioning, though the former precedes the latter. Thereafter though one is mentally ready for the challenge, you need to be physically trained to complete the event within 17 hours. It took me the better part of almost two years to train. Initially I focused on core strengthening and overall conditioning, building up the aerobic capacity and flexibility. It was only sometime in March this year that I commenced focused and Ironman specific training,” he explains. 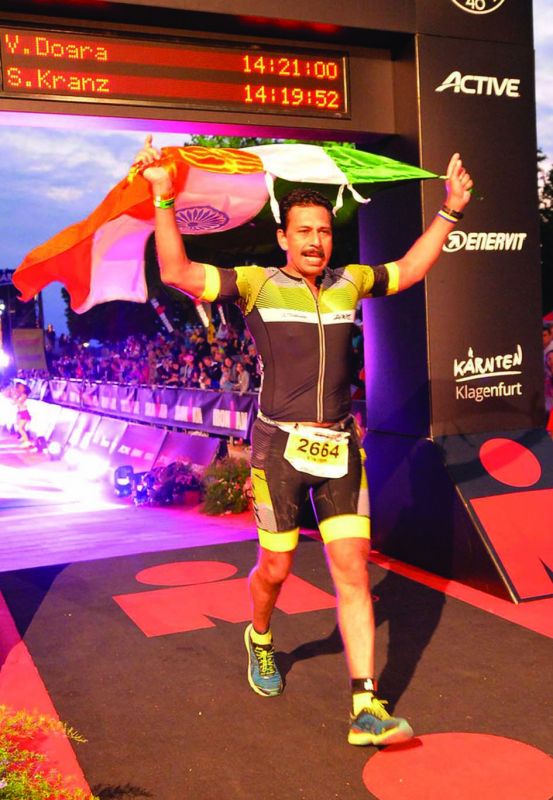 Major Dogra’s accomplishment becomes all the more admirable when you realise that he was competing alongside 2,850 athletes representing 50 countries. In his own words, “The environment was indeed intimidating. There were world class athletes and well trained men and women. Each looked fitter than the other and most were much younger. Many had participated in an Ironman event earlier. However, the professional conduct and flawless arrangements put me at ease.”

Major Dogra is currently DG in the Indian army but emphasises that he participated in the Triathlon in his person capacity. “Except for my close friends and family, few knew that I was training for it. I took no time off and used to train after office hours at night or during the weekend.” However, he attributes his discipline to the training imparted in the Army. “It teaches you to be steadfast and dedicated to the job and cause at hand. Thus, commitment to the task comes quite naturally and you find that you are better suited to take on challenges than most others,” he says.

Major Dogra’s adventurous steak stems from his birth into a sport loving family. “My grandfather was in the police and my father was in the army. My wife Supriya is fond of running and has competed in most half marathons in 2017 and 2018. She recently completed the 20 km Tuffman marathon in Shimla. My two sons are now motivated to take part in the Ironman. I am indeed lucky to have a family that supported my eccentric training routine without once questioning my sanity. It goes to the credit of my wife that she tolerated my waking up at 1 am and going off to cycle on the expressway and returning at about 8 am, or taking off after office to run 20 km and come home by 10. I had stopped all socialising but she never once protested,” he reveals.

Not one to rest on his past laurels, Major Dogra plans to cycle around the world from May 2019. “I want to make it a mission to help people understand the impact of environmental damage and the way it is impacting our life and would impact those of our children. The journey would take me across the continents of Europe, North America, South America, Australia and Asia covering approximately 22,000 km in about a year,” says the adventurous personality.