The policeman stood his ground as it was pouring and also helped move a car that had broken down. 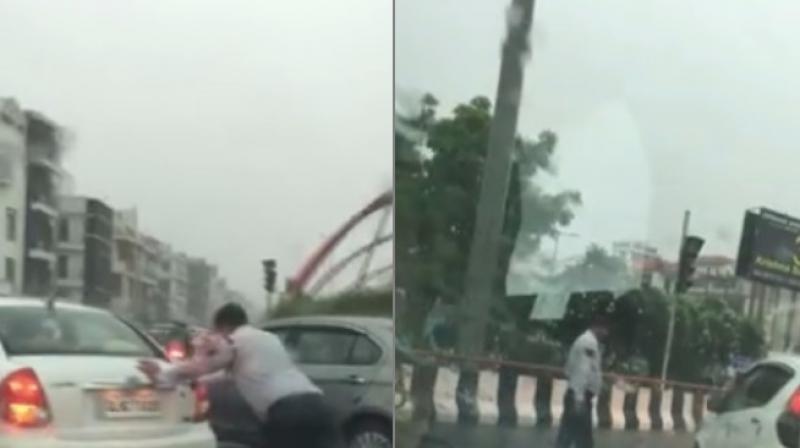 He was lauded on the social media (Photo: Facebook)

At a time when there are several cases where the police are slammed for not doing their job actively, some men in uniform are giving hope to people with their inspiring commitment to duty against all odds in adverse situations.

Last year a picture of a Haryana traffic policeman doing his job barefoot in the rain went viral, and this time videos of a Delhi cop standing his ground even as the capital was being lashed by heavy rains have won the internet.

The videos were tweeted by a motorist to highlight how he kept directing traffic in a chaotic environment and one clip showed him pushing a car that had broken down.