Girls from countries like Nepal and Bangladesh have long been trafficked into sex work in India. 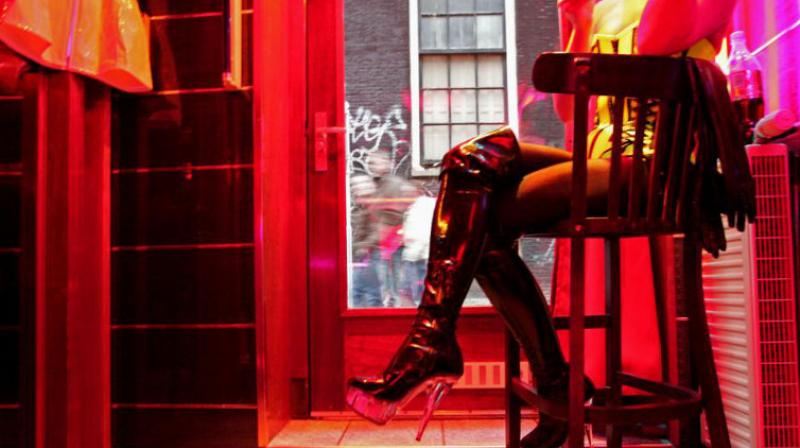 Rehabilitation schemes and skills training is being put in place for victims (Photo: AFP)

Mumbai: The booming spa and massage parlour business in India has led to increasing demand for women from Thailand, many of whom are being duped and trafficked into slavery in the country’s sex industry, police, diplomats and activists said today.

At least 40 Thai women have been rescued this year during police raids on massage parlours acting as fronts for prostitution in cities including Mumbai and Pune.

“The demand for Thai masseurs is high in India as girls from Thailand are considered high profile for their fair skin,” Jyoti Nale, programme director for Save the Children India, told the Thomson Reuters Foundation.

In July, for example, 10 Thai women were rescued from a parlour in an affluent residential area in Pune.

Girls from countries like Nepal and Bangladesh have long been trafficked into sex work in India. But police and campaigners say there is a rising demand among Indian men and foreign tourists for “more exotic” women from other countries such as Thailand.

“This is the first time we have seen this trend,” said Police Inspector Sanjay Patil, head of the anti-human trafficking unit in Pune, who conducted the July raid.

“They are not so literate, are from poor families and their families back home depend on their incomes.”

He said following a tip-off about the parlour, an officer posed as a customer and found the Thai women, aged between 25 and 40 years, were being sold for sex. The parlour’s manager and another employee were arrested.

The Thai women, some of them sex workers from Bangkok and other cities, are lured by the prospect of earning more money in India, said police. On average they earn 305 baht ($9) a day in Thailand, while in India they can earn twice that.

“The girls we rescued had been working here for three to four months and had up to 100,000 rupees ($1,570) with them,” said Patil, adding the victims were now at a shelter home awaiting repatriation.

Thai embassy officials confirmed more Thai women were being rescued from parlours across the country – including in the capital New Delhi, the tourist fort city of Jaipur, and tech hub Bengaluru.

Rehabilitation schemes and skills training is being put in place for victims once they are repatriated, they added.