In modern times, especially in the free environment of the urban scene where attractions and flirtations abound. 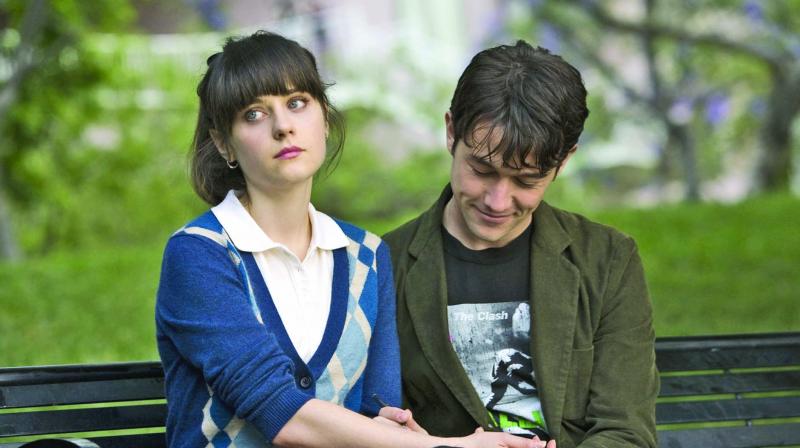 A still from the film 500 Days of Summer.

We’ve all been through them — crushes, flirtations, romantic upsurges of emotion, infatuations, attractions and even eternal love. Call it what you will, but the fact remains that the man in your life is not going to understand. As you look them in the face, you know these moments are fleeting, and your heart is in the right place. I’m certainly not going the infidelity route — that is too complex and complicated — a matter that you and your conscience must address.

I’m speaking about modern times, and our happy, social scenes, especially in the free environment of the urban scene where attractions and flirtations abound.

I’ve seen a lady almost take off a stiletto footwear in high over-reaction to what she felt was an improper advance from a somewhat inebriated gent. True the ‘compliment’ was of greater warmth than propriety — but if as it was in this case — we are not being accosted by hoodlums, but someone in your social class… just a guy giving in to his roving eye, and maybe even taking his chances. I’d say, smile and thank him for his compliment and make it a light thing, or tell him to try his charm elsewhere. The point is, sometimes nice people can come on rather strong. What is needed is to deflect the ardour with some light humour or seemingly fail to see the innuendo, and with social dexterity, move things onto safer waters. Credit him with average intelligence, he’ll follow the lead.

I know and I would like to share that sometimes one ends up finding great friends profitably, on a long-term basis. Today we live in a free urban environment where all kind of things are happening.

My best friend may be encouraging things behind her husband’s back. Her actions may not be passing scrutiny under my ideas, but I must restrain myself from imposing my values upon her. I just have to live my own life by them. Importantly, I prefer to take things in my stride where everyone else is concerned, as a sign of the times. And after all I am not a Victorian prude… no ‘haaws and hoos’ a la Bollywood!

So putting moral policing and judgement to some other slot, I’d say it’s not just a sign of greater sophistication and social dexterity to steer the thing to acceptable interaction, but it’s often about finding the best of acquaintances from these unlikely encounters. I know I’ve gained some intelligent, fun, warm, humorous and even sincere and helpful long-term friends I  value.

It’s up to you what you want to make of it. I do believe that men make great buddies, confidantes and movie companions, once the environment is cleared of ‘all that hormonal overdrive’. The important lesson is that those pseudo romantic things are in any case like the Flu — self-limiting afflictions ultimately dissatisfying and brief, while friendships endure and are nourishing, to say the least.