Adieu to the madness 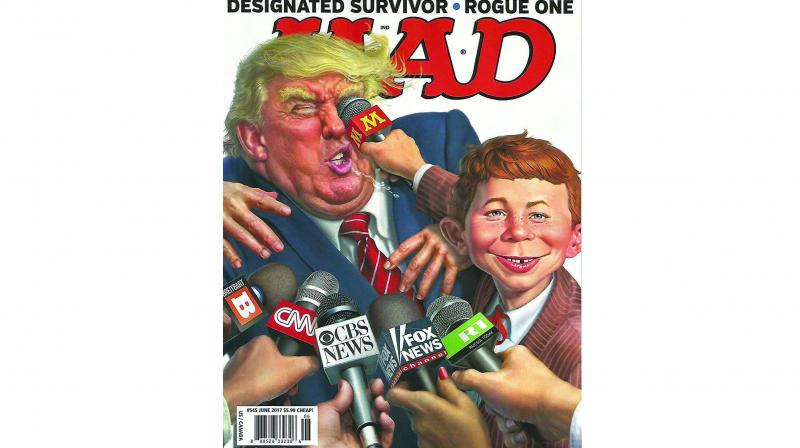 As per sources, the current volume's issue number 10 will be followed with reprinted old material boasting new covers.

The verdict is finally in. After 67 years of satire, fun and, most importantly, an (ironically) unending ability to entertain the reader, the world-renowned Mad magazine will only see two new issues.

As per sources, the current volume's issue number 10 will be followed with reprinted old material boasting new covers. However, there is some respite in that the magazine will still be publishing its year-end specials, books and unique compilations.

Allie Goertz, former editor of the magazine, tweets, “There's been an outpour of kindness surrounding the rumor that @MADmagazine is ceasing publication, but MAD is not quite done. After the next TWO great new issues are released, MAD will begin publishing bi-monthly issues with vintage pieces and new covers. (sic).”

Mad first appeared as a comic book in 1952 and it was created by Harvey Kurtzman, who wrote the majority of the first issue. Then, in a couple of years, it switched to the magazine format, which it follows till date. 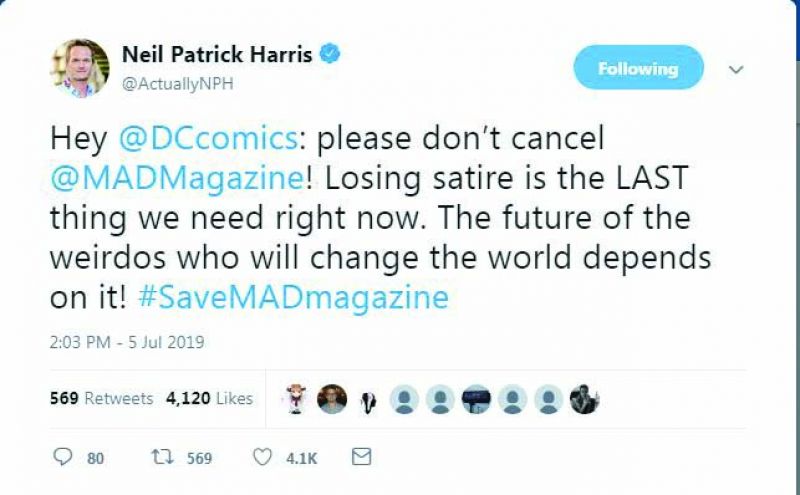 Eminent animator Brad Bird too expressed his sadness on Twitter, saying, “So sad that MAD magazine is shutting down. It was the gateway to subversive humor as a kid, copies bounced around the house between my sisters and me, was always packed to go on summer vacations. I tipped my hat to MAD by having Hogarth show it to the Giant in IRON GIANT.Salute! (sic).”

Delhi-based Karan, an avid reader of the magazine, echoes a similar sentiment, “Mad was not just a comic while growing up. It was a hard-hitting peek into American politics and all that was going wrong with it. It was a parody with good taste and I loved how it took potshots. Alfred E. Neuman was great...it's sad to see it exit as it brings to end a few geniuses who created art month after month.”

Bharat Misra, who grew up in Delhi and is another avid reader of the comic, reveals that his copies were hand-me-downs from his elder brother. “I found it really funny and edgy in a way. There was a sense of belonging as a kid because this is the kind of humour adults couldn't get”, he says, adding, “The comics, illustration style and jokes would not appeal to anybody who is not a kid.”

He, however, expresses that it was not the best thing to be caught reading by your parents. What hooked him and many others to the comic was the cover illustration, as that was the first thing that catches one's eye in a magazine.

On the subject to what contributed to the growth of Mad was the fact that it was a niche of the pre-internet era. Mad magazine is something one could call as an equivalent to memes. He further adds, “For me personally, it was my exposure to American icons and celebrity culture.”

Mad, without a doubt, was the magazine of its time. Although it may not be disappearing all at once, but such changes do tend to go that way. Hopefully, it will forever remain etched in the memory of people.