The project, which started with 10 bikes, now has 30 functioning bike ambulances in the city and other districts of Maharashtra. 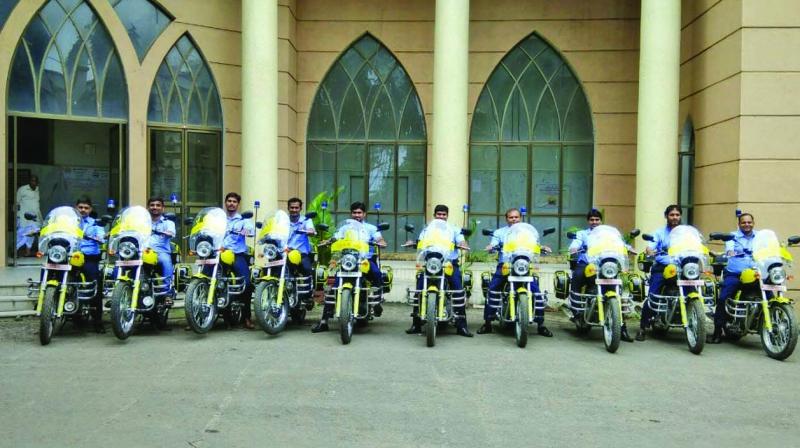 A pilot project, which has gained popularity in less than a year, bike ambulance has now become an inspiration for another upcoming project- cycle ambulance.

Come monsoon and the heavy traffic, pothole-ridden roads along with the heavy downpour can easily make life difficult for anyone driving, but it’s a far greater problem for ambulances, trying to reach a location in the shortest time. For a hassle-free solution, the Government Of Maharashtra’s Public Health Department launched a bike ambulance service in August 2017. After it’s roaring success, the department is now working on another project to launch cycle ambulances in the city.

The project, which started with 10 bikes, now has 30 functioning bike ambulances in the city and other districts of Maharashtra. Dr Dnyaneshwar Shelke, Chief Operations Officer of Maharashtra Emergency Medical Services, BVG India ltd, says, “The project was launched especially for slum areas and high-traffic areas where the four wheeler ambulances face challenges to reach on time. The bike ambulance reaches the location in the least possible time. After evaluation, it was found that they were used more frequently and it was a successful intervention in the state, hence more bikes were added to the fleet.” The bike ambulance not only solves the problem of access to tribal areas, it is now functioning in far-fetched areas of Pandharpur, Palghar, Gadchiroli and Amravati apart from Mumbai. 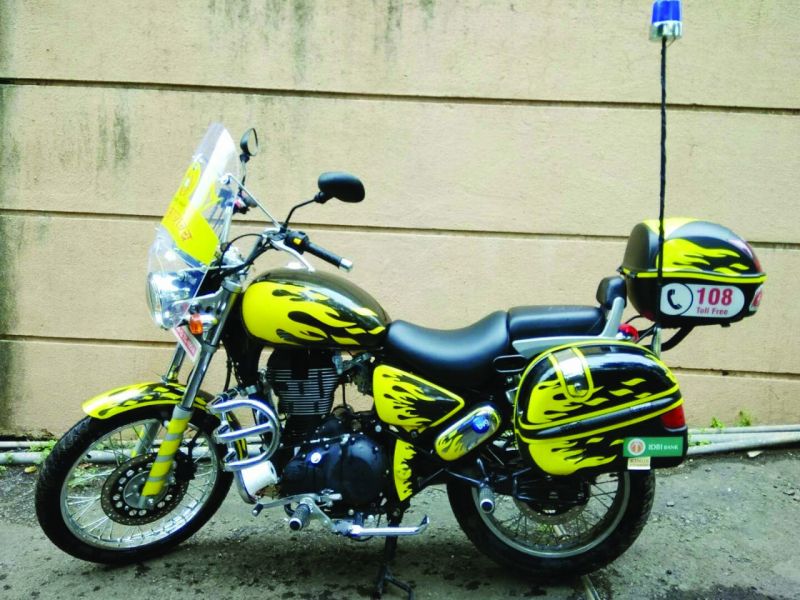 When a call is received on the 108-helpline number, the respondents access the situation and send in the bike ambulance along with a regular van ambulance. “The methodology is that both, a bike and an ambulance, are dispatched. So when the bike reaches, first priority is to stabilise the patient. They also have the equipments to transfer the patient when the main ambulance arrives. The bike ambulance doesn’t transfer patients to the hospital,” explains Dr Dnyaneshwar. Its main job is to give first aid and co-ordinate with the main ambulance, which then transfers the patient to the hospital.

But given the condition of the city and the areas it’s meant for, it won’t be easy for the paramedic to reach the spot. Talking about the problems faced by bike ambulance drivers, Dr. Shivaji Patil, who drives to areas like Goregaon, Jogeshwari and Andheri says, “Apart from regular traffic problems we have to go to remote areas like some slums, which are on hilly areas, so even for a bike it’s difficult to reach there. In Arey, which is a forest area, we face the threat of forest animals and there is no one to warn us about them even during night duty. Also, because it’s first of its kind, public doesn’t expect to see a bike. But once they get to know that there is a doctor on the bike with medication and instruments they feel relieved.” Dr. Amol Pandit, zonal manager of emergency medical services adds, “There are issues related to identifying the incident location. Like in Dharavi, landmarks are not prominent. If you ask the doctor to come near Lal Mandir, he won’t know where it is.”

The upcoming cycle ambulance project is the brainchild of Dr. Deepak Sawant and the project is still in the development stage. Speaking about the project, District Health Officer (DHS), Dr Sanjeev Kamble says, “The health minister has proposed the idea of cycle ambulance. The proposal is to launch these cycle ambulance for places which are not easily accessible because of bad roads and also for tribal areas.” The cycle ambulance is specifically being designed to help senior patients in far fetched locations and to give them timely first-aid.