Wolves have exceeded threshold to resist risk of extinction

The wolf population on the rise in France now exceeds 500. 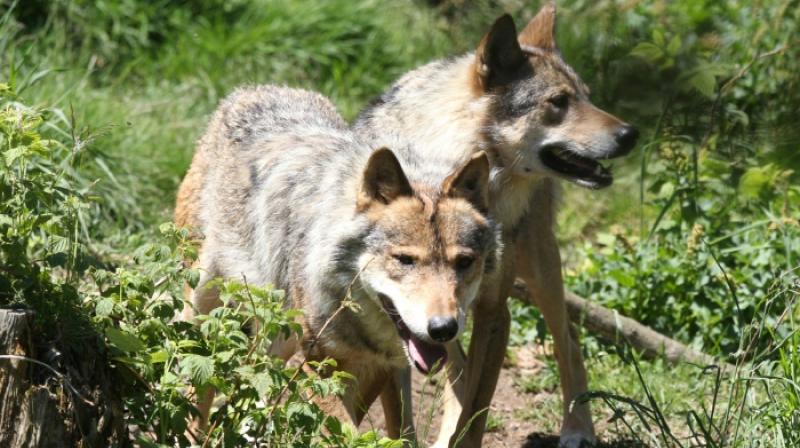 Paris: With now 530 adults, the wolf population has increased significantly in one year, exceeding the threshold of 500 to "resist the risk of extinction", which will lead to an increase in the number of animals that can be slaughtered.

The wolf plan adopted in 2018, denounced by the breeders and the defenders of the environment, provided that the "threshold of demographic viability" fixed at 500, which represents the aptitude of a population in the medium term (100 years) "to resist the risk of extinction ", would not be reached until 2023.

But according to the winter report of the National Office for Hunting and Wildlife (ONCFS) released Friday, "the output of the winter is estimated at about 530" against 430 a year earlier. From field measurements, necessarily partial, and from a mathematical model, the estimate is, in fact, an interval of 479 to 578, leading to this average estimate of 530.

In terms of population, population growth is "mainly through densification" in the Alpine arc, but this protected species has also colonised new territories. Wolves were detected in 2018 in the Pyrénées-Atlantiques, in the Aube-Yonne area, and in new areas of the Massif Central.

These carnivores, eradicated in the 1930s and naturally returned to Italy in the 1990s, are concentrated in the Alps, the Southeast and the East. The increasingly important presence of the predator is resisted by the breeders who denounce the attacks against their herds. In 2018, 3,674 attacks were made against more than 12,500 animals, mainly sheep.

A map published Friday by the ONCFS shows that these attacks are mainly concentrated in the Alps (Alpes-Maritimes, Alpes-de-Haute-Provence, Savoy), and in some homes on the border between the Vosges and the Meurthe-et- Moselle and in the south of Aveyron.

The prefect of the Rhône, perfect coordinator of the wolf, immediately announced that the levy ceiling for 2019 would increase to 53 wolves (38 have already been killed since the beginning of the year).

But above all, exceeding the threshold of 500 "will lead to the activation of new management measures as planned in the framework of the evolution" of the plan Wolf, said the ONCFS. The government, faced with the anger of the shepherds, had anticipated the figure, announcing at the end of May new measures, which satisfy neither the breeders nor the defenders of this protected animal.

"We consider that the wolf is no longer an endangered species, which is a good thing for biodiversity," said Wednesday the Minister of Agriculture Didier Guillaume. "We are, however, for predation, at an extraordinary level (...) We need to provide strong support and full breeders, their well-being is our priority," he added.

The most symbolic planned measure is the increase of the percentage of wolves that can be killed, from 10-12% to 17-19%, as already announced in March by Emmanuel Macron. A draft decree also provides for a review of the derogatory conditions for scaring or killing wolves, even if the species is protected at French and European level.

The conditions under which shots are fired in certain areas are facilitated, to make them more effective and shooting may take place from July 1, against September before.

According to the bear roadmap released on Thursday, the government also plans to introduce a "harmonised compensation package" for losses from wolves, bears and lynx, "which will result in a significant financial compensation scales ". But these compensations are conditioned by the introduction of measures to protect herds against wolves.