In conversation with the six members of Voctronica, one of the best known Acapella bands in the country. 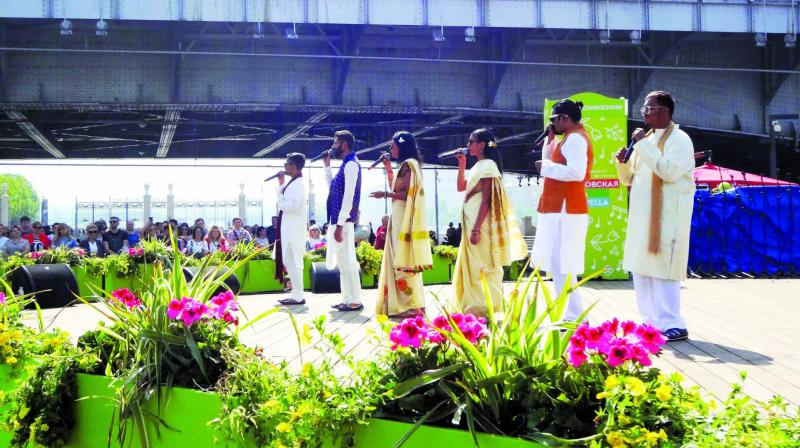 What is music without any instrumental accompaniment and does such a genre even exist? Rest assured it does, and that is Acapella music. To be more specific, A capella is to sing without instrumental accompaniments, but often complemented by beat boxing. Though quite challenging, it is a genre that had led itself to marvellous euphonies that make your heart sing when performed by some leading bands and performers — like Voctronica band that became popular when their tribute to A.R. Rahman went viral, making people sit up and take notice.

Voctronica is one amongst the best-known A capella groups; they claim to be India’s first all-vocal orchestra that consists of beat boxers, Indian vocalists and western vocalists. Consisting of Clyde Rodrigues, Nagesh Reddy, Avinash Tewari, Aditi Ramesh, Arjun Nair and Warsha Easwar, the group was recently invited to compete in the Moscow Seasons Spring A capella Festival and was India's only representation among 185 teams from all over the world!

“Incredible, overwhelming, and heartwarming,” they begin collectively of the experience, adding that the festival surpassed every expectation they had. Arjun says, “Meeting vocal performers from all around the world, playing across a city like Moscow where people may not understand you, but will open their ears and hearts to you, in what is easily the most incredible A capella gathering or festival any of us has ever witnessed. The cherry on top was the proud moment of representing India there, and it was as exciting to be performing our own arrangement of Vande Mataram, as it was to be dropping a Russian folk number that we had everyone in the crowd joining in with us.” And they did it in Kerala saris, sherwanis, kurtas and Nehru jackets, they add.

The Moscow experience was a huge learning ground for the A capella group. “We made some amazing friends and came back with new found love and respect for the human voice, our incredible line of work and Russia,” shares Nagesh. It is obvious that the Indie music scene in India has grown in leaps and bounds over the past few years, evolving and growing offshoots that are gaining recognition world over. 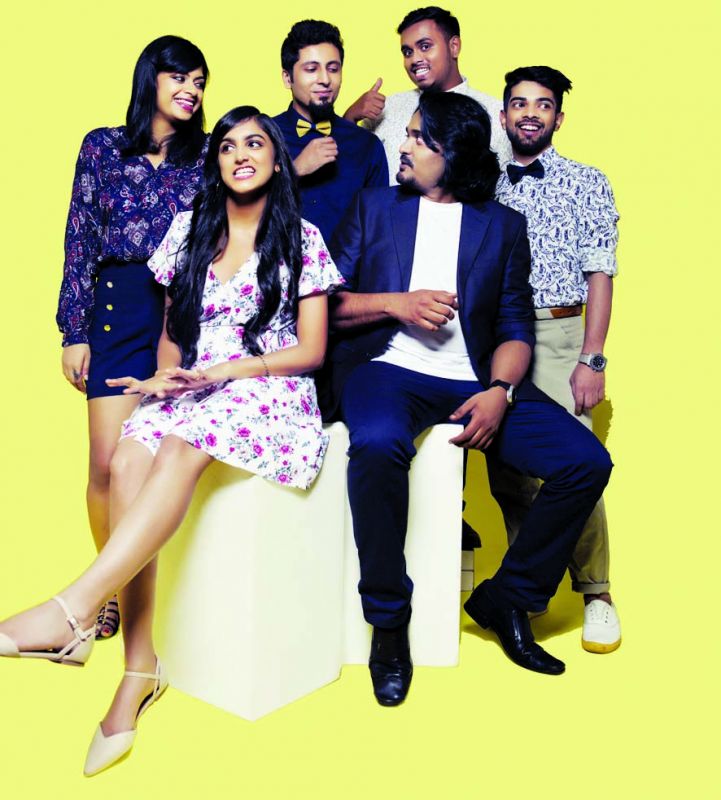 Voctronica was first put together by the British Council India and Sony Music India, in conjunction with renowned beat boxer and vocal performer Shlomo (UK). The first setup dissolved shortly after, but was restarted by some of the initial members along with a few new ones in 2013. This setup of six became a five-piece band in 2015, and then transitioned into a six-piece band again in early 2018.

As the band progressed, there has been a natural transition in everyone's career towards gradually pursuing music full time. Arjun adds, “At present, all the members of the band are full-time professional musicians and are individually part of several other projects as well.”

Being India's first all vocal ensemble was not an easy journey, but the group managed to have multiple videos go viral, and in their words, introduced a fair few people in the country to vocal music. Avinash adds, “This is not to say that we have brought A capella to the country, not at all. It's been here for a long time. However, we have been the first ones to combine A capella, beat boxing and ‘vocal instrumentation’ in this fashion and it's been a really rewarding journey. One of the biggest wins would be that our typical Indian families look at this as a real profession now, and don't ask us what our real jobs are anymore.”

The group had had some heartwarming experiences, too, when fans brought their kids backstage or wrote to them about their kids who attempted to beat box or pursue A capella. Aditi says, “It's extremely satisfying not to just be able to pass on whatever little knowledge we have gained through our experiments, but also watch parents encourage their kids in pursuing such creative musings.” What makes the band such a hit is that they do not limit themselves to a particular genre, but experiment with all kinds of music, including classic Bollywood songs.

That has not been an easy road to travel because they do not follow A capella in the traditional sense. Arjun states, “Something we try is that, the voice is the first instrument we all get acquainted with. Irrespective of our respective musical prowess and former experiences, the re-acquainting and re-discovery of what we can do with our voices and indigenous techniques is a challenge we relish on a daily basis.”

The band members reveal that though the fundamentals are the same, traditional A capella uses very human-like tones, which is what they are trying to evolve out of, barring a few exceptional scenarios. Arjun mentions, “We want to sound like instruments as far as possible, in that we capture their essence vocally, and there's no place we can go to, in order to learn a course on ‘vocal instrumentation’. It's a lot of listening, mimicking, trying, failing, and discovering. Between the six of us, you can hear drums, a bass guitar, electric guitars, trumpets, saxophones, violins, synthesizers, shakers, and lots of random sounds like birds, clicks, vinyl crackles, and others.”

Another challenge is the art of arrangement. The band leaves no stone unturned in not just creating arrangements that do justice to the idea they wish to express or the source material (when reinterpreting popular music), but to be as musical and as tonally proficient as one can be; to allow people to walk away feeling the full force of what an all vocal ensemble can achieve. Arjun candidly says, “That being said, not every act bears the goods to crack such arrangements and we have been lucky to focus on our strengths and create music that people have certainly absorbed positively.”

All the six members agree that they have vastly varying musical and creative influences, and somewhere carry the sound of the land with them, so it makes for an extremely curious and interesting blend, all the while trying to sound as non-human as they possibly can. Nagesh and Avinash (the beat boxers in the band) have been introduced to beat boxing off the internet and are largely self- taught.

Talking about future plans, the group says, “We've recorded a couple of originals and intend to hit the studio with a couple more very soon. The most refreshing thing about all this is the opportunity to push the ‘all vocal original’ space out to Indian audiences. We also recently started a YouTube series called Fan Cam, where we go to the homes/offices of friends/fans, install a GoPro on a ceiling/table fan (yes, quite literally fan-cam) and just bust a jam.” The band is also keen on getting more active on the international A capella and vocal music circuit to bring a little flavour of India to the global community. “For now, we have our next one year locked in, and we are excited about what the future holds for us,” says Arjun. They end by quipping, “It’s a lot of trial and error, a lot of hits and misses, and a lot of spit on our microphones.”