A growing number of actors, politicians and other celebrities speak their minds out on social media, only to find their comments backfire on them. 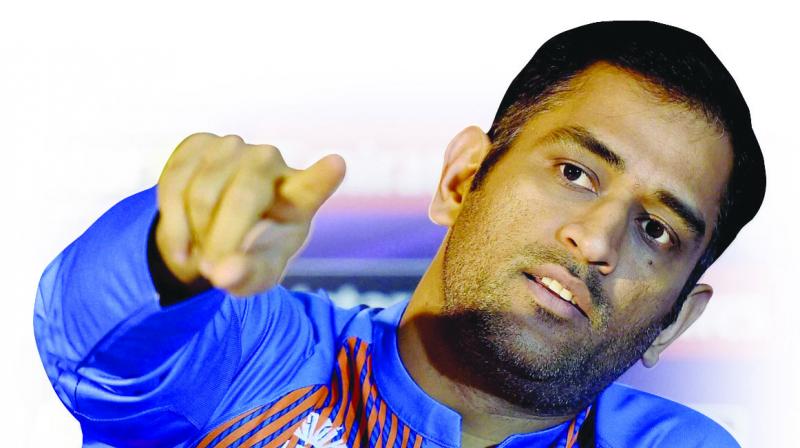 Motormouth Salman Khan has been constantly dissing Priyanka Chopra for leaving his film Bharat to get married to Nick Jonas while Jitesh Pillai, the editor of a reputed film magazine mocked TV actor Hina Khan for her Cannes appearance. There’s also actor-turned-social media spokesperson of Congress, Divya Spandana who passed a rather snide comment while congratulating the Finance Minister Nirmala Sitaraman. She doesn’t spare even PM Modi! 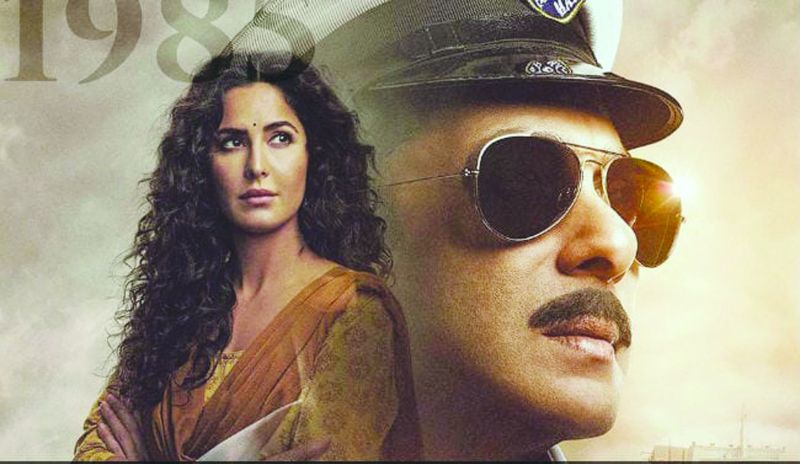 And now we have M.S. Dhoni sporting ‘Balidan’ (sacrifice) badge on his glove that has ICC objecting to it, saying “it’s a breach of the rules and regulations.”

While celebrity statements/ behaviour goes viral in no time, when they say or do things that are insensitive, offensive, or against rules, it boomerangs on them and shows them in poor light. 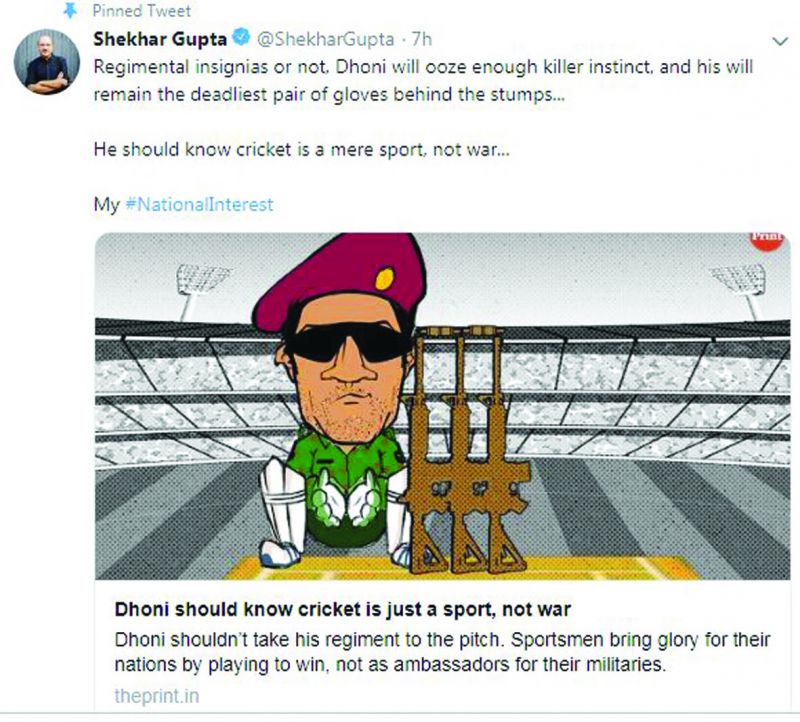 M.S. Dhoni, who till date has led his life without any controversy, has been called out this time. Like Boria Majumdar, well known criket commentator, rightly tweeted, “Can we please agree that MSD does not need to prove his patriotism by wearing insignia. He is a patriot and a legend of the game. Insignia or no insignia this won’t change.

Here he is on a mission to win the World Cup. That should be priority.” Others too commented that what Dhoni did was “unnecessary.” Salman Khan has been called a “toxic male” who cannot digest it when someone has the courage to walk out on him. Divya Spandana has vanished from the social scene, rumour is she was pulled up by her party and told to “back off”.

And Jitesh Pillai. Well, Hina Khan had the last laugh as just about everyone in showbiz and others too, hit out at Jitesh for his nasty tweet — “Cannes has suddenly become Chandivali studios kya?” — while commenting on Hina’s picture from red carpet. And Hina got even more publicity for her Cannes appearence. Why do people go overboard with their nasty comments on public platforms?

Brand manager Abhishek Asthana aka Gabbbar Singh on Twitter, who has one million followers on the networking site, says, “I think a majority of celebs who say something politically incorrect do not realise the distance the message can travel. Typically, such things are said assuming a false sense of privacy when in fact, the camera is still rolling. It works for the showrunners, the producers and the anchors to coax a controversial word out of the celeb, which will then be played out millions of times on social media, gaining them enough eyeballs.”

He adds, “All it takes is a foolish celebrity prone to casual banter and a rolling camera. A glowing example would be Hardik Pandya and K.L. Rahul on Koffee with Karan.”

Of course, Bollywood actors are known and prone to go overboard at times. Salman Khan, known for his misogynistic statements, mocked Priyanka Chopra for choosing marriage over his film which he called the ‘biggest project in her life’. He didn’t stop with this. Went on and on at every interview he gave while promoting his film Bharat. Salman received a lot of flak. Zero singer Abhay Jodhpurkar, who has quite a fan following on Instagram, says, “People should think twice before commenting about someone’s personal life, even if it’s a jibe or said in a funny way. They need to consider the repercussions of their comment. Social media is so powerful and a statement could be twisted or misinterpreted, so one should be really careful with words or while quoting somebody else. We’re living in a world filled with hatred... For instance, what Vivek Oberoi did too was totally unnecessary, especially since he had a personal equation with those in the meme and there are families involved.” 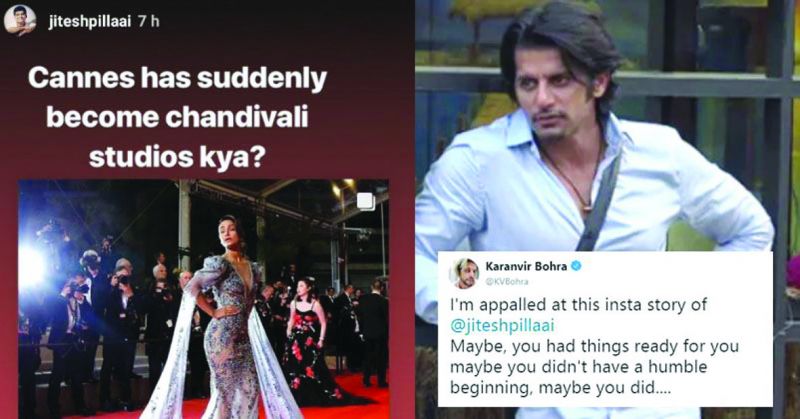 And as Hina Khan, who was a victim of Jitesh Pillai’s acerbic tweet reportedly said trolls posting offensive comments is one thing — they are faceless people, perhaps having a miserable life — but why do those who seemingly have it all lay everything on the line for the sake of publicity?

Politicians are not far behind, they are often caught saying offensive and moronic stuff — both online and offline. Actor-turned-Congress spokesperson Divya Spandana, who is usually known for her witty posts and banter, has often landed in a soup for dissing PM Modi. Her latest tweet before deactivating her Twitter account was a congratulatory message to India’s finance minister Nirmala Sitharaman. Although a laudatory tweet, it had a snide remark referring to the GDP of the country. Similarly, IAS office Nidhi Choudhari recently tweeted in support of Nathuram Godse for which action was taken against her. “Social media has become an extremely polarising space. With a high presence of trolls from all sides of the spectrum, celebrities feel a sense of impunity and confidence in blabbering controversial stuff. As they say, any publicity is good publicity,” says social media enthusiast Rakshith Ponnathpur.